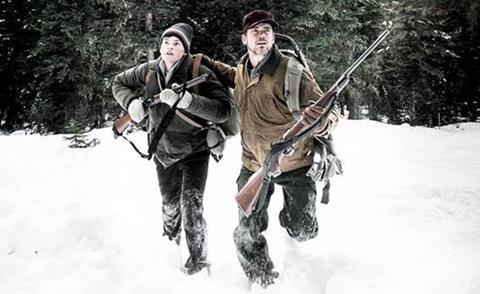 Written and directed by Alex and Andrew Smith, who teamed on Ryan Gosling sports drama The Slaughter Rule (2002) and Winter In The Blood (2010), in Walking Out Wiggins plays a city teen who travels to Montana to go hunting with his estranged father only for the strained trip to become a battle for survival when they encounter a grizzly bear.

Producers are Brunson Green of Harbinger Pictures and Laura Ivey of Co-Op Entertainment, with cooperation from the State of Montana’s Big Sky Film Grant. The Salt Company is handling international sales and will introduce the project at the upcoming EFM.

Bomer is best known for his lead role in USA Network series White Collar, his Golden Globe-winning performance in HBO TV film The Normal Heart and his role in American Horror Story: Hotel, but the actor is increasingly making waves in the film arena, having been cast in the lead role in Amazon Studios’ upcoming drama The Last Tycoon and in Antoine Fuqua’s The Magnificent Seven reboot after roles in both Magic Mike films and The Nice Guys.

Next up for Harbinger is Seacole, the true story of Jamaican doctoress, Mary Seacole, starring Oscar-winner Octavia Spencer; Little Princes, based on the New York Times best-selling memoir; and the action-adventure Atlantis, directed by Eugenio Mira.