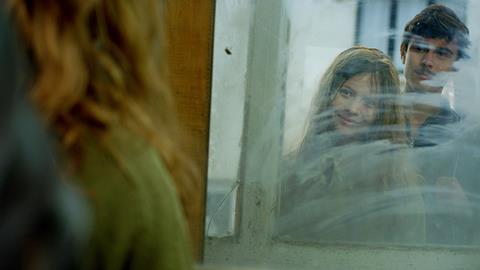 Gone are the days in which fairy tales could only be brought to life in the reader’s imagination. Gone, too, is the time of silent cinema that expressed on-screen stories through actions and expressions rather than dialogue. And yet, Turkish filmmaker Reha Erdem continues to trace these seemingly divergent traditions. His visually heaving, verbally sparse ninth film, Big Big World, offers an alluring, involving modern-day cinematic combination of both.

Big Big World is a film not so much of varying halves, but of contrasts.

Bringing back to the screen the nature-oriented brand of magical realism he last showcased so convincingly in 2013’s’s Jin, the writer/director/editor lets his account of siblings striving to find happiness unfold through images and mood and waits for their plight to seep, slowly but certainly, into viewers’ hearts and minds. It’s that lingering, blossoming sensation that will serve the Venice Horizons special jury prize winner well on the festival circuit, though its fortunes for even an arthouse-focused international theatrical release are much less assured.

That’s a shame, because Erdem trades in tales that are simultaneously universal and primal, as well as stories so anchored in the natural environment that the intricacies of the surrounding landscape and wildlife serve clear thematic functions. Accordingly, the bulk of Big Big World is concerned with the yearning of orphaned brother-and-sister duo Ali (Berke Karaer) and Zuhal (Ecem Uzun) to carve out their own modest lives, and the way their forest home influences, reflects and defines their predicament.

Indeed, the protective Ali literally fights to reunite with Zuhal in the film’s pre-title sequence, after she’s taken in by a foster family who claims they’re not actually related and positioned as the patriarch’s soon-to-be second wife. Her liberation via violent means sends the pair well off the beaten path, first hiding in crumbling, deserted buildings, then fashioning a shelter in a remote, tree-lined, creek-side space. Money is still a necessity, especially with plans to move beyond their makeshift new residence a-brewing, causing Ali to work odd jobs at the local fair. There, he’s charmed by a fortune-teller (Melisa Akman) who isn’t what she seems; in his absence, the younger Zuhal struggles with the regular isolation as well as with increasing bouts of sickness.

Erdem’s connection to fairy tales doesn’t just arise from the tenor of his work and his corresponding approach, but manifests in his narratives; where Jin ever-so-loosely toyed with Little Red Riding Hood, Big Big World dallies with both Brother and Sister and Hansel and Gretel. As in those classics, two siblings endeavour to escape evil by seeking greener pastures, only to face the consequences of their choices — and a microcosm of the difficulties of existence as well — within the woods themselves.

Reteaming with his now eight-time cinematographer Florent Herry, Erdem enlivens each possible aspect of his setting, all while stressing its dissimilarity from the concrete-laden climes Ali and Zuhal are running from. The same clash is evident any time Ali ventures to the carnival, making Big Big World a film not so much of varying halves, but of contrasts.

There’s no mistaking the disparate shades and shadows that subtly distinguish the more intimate and inviting forest from man-made or -inhabited locations. Everything about the woods bursts with life, whether with snakes slivering, turtles crawling, an old woman calling for her family or Zuhal dubbing a wandering goat “papa”; the vast variety of textures and colours evident. And, when Nils Frahm’s melodic yet slightly uneasy score is overlaid upon a vivid, dream-like montage of roaming and bonding, the feature couldn’t feel more haunting and enchanting.

Still, every flight of fancy, however thoughtfully realised, requires a dose of reality. In their first film roles, that’s exactly what the coyly mustachioed Karaer and fresh-faced Uzun provide. They’re unaffected but still affecting, particularly when their characters talk of new names (Kum-Kum and Mi-Mi, respectively) in their hopeful pursuit of a different tomorrow. And, though mystery and ambiguity surrounds them, there’s magic in their interactions; that combination, as conveyed with earnest emotion, is Big Big World in a nutshell.