A riveting, sometimes harrowing, essay in realism set on a farm which raises foxes in order to train hunting dogs 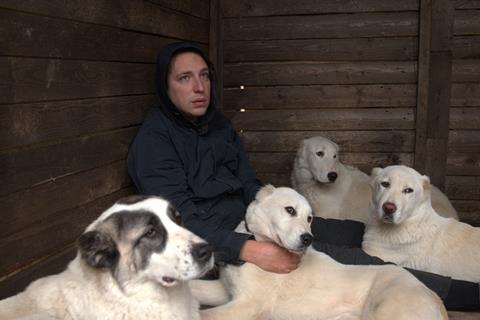 Core Of The World

Don’t be fooled by the three cute kid goats who scamper around in the opening sequence of Core of the World. From then on, nature is red in tooth and claw – and existentially grim in a very Russian way – in the second fiction feature by Natalia Meshchaninova, following 2014’s The Hope Factory. Superbly acted by a cast that also intrepidly deals at close quarters with some unpredictable animal life, Core of the World can be read as a parable about the fragility of human empathy under pressure.

Emotionally, Core is nothing if not hardcore

Filmically, this is a riveting, sometimes harrowing essay in realism with overtones both of the Dardennes school and of the kind of borderline-documentary fiction currently pursued in the US by directors such as Roberto Minervini and Chloe Zhao. Meshchaninova’s version of this mode has its own harsh stamp of dirt-engrained authenticity; her sometimes shocking drama should help establish her as an audacious, idiosyncratic force, although the film may be too confrontational for easy export.

Core Of The World is co-written by Meshchaninova with her husband and lead actor Stepan Devonin, and Boris Khlebnikov (also known as director of Arrhythmia, which Meshchaninova co-wrote, and co-director of 2003’s Road to Koktebel). It is set in an unidentified rural area, on a farm where foxes are raised in order to train hunting dogs. Egor (Devonin) is a man in his mid-20s who works there as a vet and general dogsbody, living in a spartan hut of his own but accepted as an auxiliary family member by boss Nikolai (Dmitri Podnozov), wife Nina (Ekaterina Vasilyevna) and their daughter Dasha (Yana Sekste), single mother to high-spirited young son Ivan (Vitya Ovodkov). Egor gets on well with them, but is manifestly more comfortable with animals, showing most of his tenderness to Belka, one of the farm’s Alabai dogs, which has been mauled brutally by some of the other canines.

While Egor tends to Belka’s wounds, then helps the dog through a rehabilitation process, he finds himself fighting his inner beast – unleashed by anger and grief at the death of his mother, an alcoholic with whom he had a violent relationship, and from whom he was irreversibly estranged. He also finds himself contending with the unruly Ivan, a child often left to his own devices, and becoming entangled with Dasha in a tentative relationship of urgent sexual and emotional need.

Meanwhile, a group of animal rights campaigners is hovering round the farm, filming it with camera drones and complaining about abuses. This is understandable, since part of the farm’s work involves training terriers to chase foxes using a set of wooden tunnel mechanisms, a process that – even if the brutality is not shown graphically – will nevertheless be upsetting to animal lovers. And anyone sensitive about violence of any sort will be startled by the film’s outcome, as mounting tensions cause Egor to flip into a mode of feral desperation.

Core of the World (Russian title Cerdtse Mira actually means ‘Heart of the World’, more obviously suggesting an emotional dimension) is verbally spare, its characters often communicating in inconsequential, work-focused dialogue, Their feelings tend to be expressed physically, or painfully if made explicit, as in Egor’s encounter with his visiting aunt. What’s most troubling about the drama is the discrepancy between the characters’ difficulty in expressing feelings and the tenderness that they show to certain animals – and the contradiction between this tenderness and the matter-of-fact abuse of other creatures (Nikolai is downright sentimental about his foxes, despite the brutal use they’re put to.) It should be noted that, while the foxes’ blooding in the tunnels is implied rather than shown, other animals are seen in situations suggesting distress or discomfort, notably a badger placed in confrontation with a terrier.

The acting all round is terrific, with what looks like a degree of improvisation, Cast members throw themselves physically into the rigours of a demanding milieu, both in terms of handling animals and of negotiating muddy, inhospitable rural terrain. Stepan Devonin, who himself trained as a vet, is manifestly at ease with the animals, while communicating his character’s isolation and inner agony altogether rivetingly. It’s partly down to him that emotionally, Core is nothing if not hardcore.