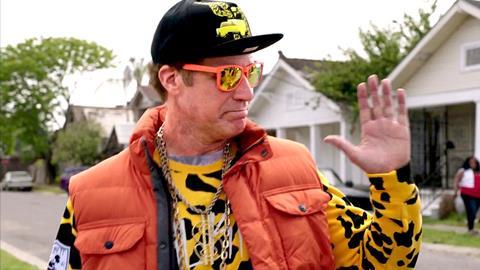 Will Ferrell and Kevin Hart team up to limited effect in Get Hard, a raunchy yet slack-feeling comedy that seems to put as much effort into playing on racial stereotypes as playing for laughs. Serious fans of the two funnymen will probably get their chuckles – others might find the un-PC humour less amusing.

The script, by TV comedy writers Jay Martel and Ian Roberts, doesn’t give the stars much to work with and their apparent improvisation is only fleetingly effective

After a premiere at the South by South West film festival, this Warner Bros release opens on March 27 in the US and Canada and might benefit from pent-up demand for Ferrell, whose last big screen appearance was sixteen months ago in Anchorman 2 (Hart’s The Wedding Ringer, by contrast, opened a mere eight weeks ago).

International releases – day and date in the UK, over the spring and summer elsewhere – will probably produce smaller grosses, since neither star is as big a pull outside the US.

Get Hard’s set-up has Ferrell’s wealthy and arrogant hedge fund manager James being sentenced to a ten-year prison stretch for fraud – on the eve of his wedding to the daughter (Mad Men’s Alison Brie) of his boss (Craig T Nelson). Terrified at the prospect, James hires his black car wash attendant Darnell (Hart), who he assumes has done time, to prepare him for life behind bars.

When steps to turn James into a fighter fail, the training moves on to the granting of sexual favours - they visit a gay bar to practice for this – and attempts to get gang protection. In the end, of course, teacher and pupil gain a certain respect for each other and join forces against the suits who got James falsely convicted.

Etan Cohen (the writer of Tropic Thunder and Men in Black 3) makes his directing debut and appears to give Farrell and Hart free rein in the broad double act which takes up the bulk of the screen time. But the script, by TV comedy writers Jay Martel and Ian Roberts, doesn’t give the stars much to work with and their apparent improvisation is only fleetingly effective.