'Ghost In The Shell': Review 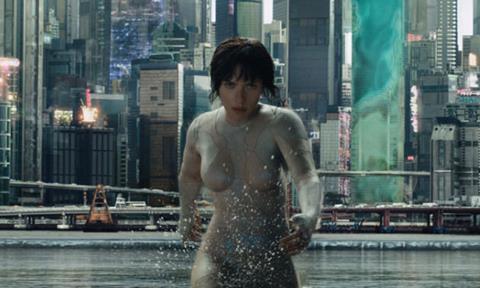 So-called “fake news” may irk the current resident of the White House but authentic fake news — an entire identity — is at the slightly sterile heart of Ghost In The Shell, whose fetching heroine (played by Scarlett Johansson) is told a striking lie about who and what she is. Self-selecting audiences will probably be won over by the mood, wanton firepower and top-notch visuals on display in this lavish live-action version of manga artist Masamune Shirow’s modern classic. A “ghost” inhabits the no-nonsense female protagonist but mature viewers, scanning the busy horizon for more than a ghost of a plot, may find the proceedings more exhausting than rewarding.

Intellectually we know a great deal is at stake, but the emotional pay-offs remain frustratingly minor

Rupert Sanders’ opulent opus starts its international rollout on March 29 in France, with Paramount handling major territories. Shirow’s original manga has given rise to two animated films, two animated TV series, video games and other iterations.. The questions it raised in 1989 about the eventual melding of human and machine — talk about identity theft! — are as pertinent as ever, maybe more so. But even though there’s an enormous amount to look at and digest, little of this film is truly memorable or thought-provoking.

In Ghost’s aggressively urban future, the line between human and machine has blurred. One can hardly blame cyborgs for not coming across like flesh and blood characters but it’s not easy to care what happens to any of the protagonists since they so rarely generate moments of human emotion.  There’s action galore, however, to compensate and viewers anywhere along the gender-identity spectrum are unlikely to object to the sight of Scarlett Johansson’s incredibly shapely and seemingly nude form diving off skyscrapers or kicking asses of the future.

The story gets underway with a “cerebral salvage.” When Mira (Johansson) awakes, gasping for breath on the operating slab, semi-kindly Dr. Ouelet (Juliette Binoche, adequate) tells her she’s the first of her kind.  Mira is a refugee who almost drowned when terrorists sank the boat she was on with her parents. They couldn’t save her body — hence the nifty (and exceptionally curvaceous) human-seeming robotic body — but they successfully deposited her brain into an artificial skull. Mira can take alleged comfort in the fact that her soul — a.k.a. her “ghost” — lives on in this shiny new semi-indestructible package.

A year later, Mira, now Major Mira Killian and addressed as Major, is a key member of Section 9, a crime-fighting unit from the Ministry of Defence whose other members are humans, “enhanced” humans or cyborgs. Their boss is Aramaki, played with entertaining gravitas by Takeshi Kitano. Kitano speaks Japanese and all other characters speak English, in a cast comprised of actors from many geographical outposts.  Section 9 needs to get to the bottom of why the top scientists  at Hanka Robotics are being murdered in flamboyant ways.

A hooded entity with an eerie electronic voice who materialises to warn: “Collaborate with Hanka Robotics and be destroyed!” proves very hard to trace.  But when Major connects with a certain Kuze (Michael Pitt, impressive) she gets a crash course in just how evil technology can be.

Johansson, who was superb as a blank-faced man-eating alien in Under the Skin and considerable fun as the blank-faced title genius in Lucy, is well cast here as a cybernetic hybrid with a digital axe to grind.  Filmmakers can keep trying, but it seems unlikely that any character will ever surpass the power of Rutger Hauer’s visionary self-aware replicant in Blade Runner. Major’s pronouncements are flat and expedient and only Pitt manages a tone of bereaved yearning despite so-so dialogue.

Intellectually we know a great deal is at stake, but the emotional pay-offs remain frustratingly minor. Danish hulk Pilou Asbaek as Major’s closest associate cuts a dashing figure and grows more touching once outfitted with mechanical eyes after a blinding explosion.

Major’s encounter with Kuze and her visit to a middle-aged woman carry the most weight because they’re actual dialogue scenes played at a reasonable pace. In the realm of sheer spectacle, Charlize Theron’s Furiosa in Mad Max: Fury Road is arguably a more indelible can-do warrior than Major is.  And Alicia Vikander’s pretty face on an exoskeleton in Ex Machina lingers in a way that Major doesn’t.  One is left with the strange impression of a powerful female character who, after considerable mayhem, gets to the bottom of who she is only to learn that while her predicament is interesting, she isn’t.

Shooting in Wellington with additional footage from Hong Kong and Shanghai gave skilled computer artists plenty to embellish in eye-catching ways that play very nicely in 3D. The cityscapes are futuristic but the guns, oddly enough,  are available today. Major’s all-silicone garment — which allows her to become invisible at will — is a stand-out innovation in costuming.

The propulsive and disquieting score is a plus.

Screenplay: Jamie Moss, William Wheeler, Ehren Kruger, based on “The Ghost in the Shell” by Masamune Shirow