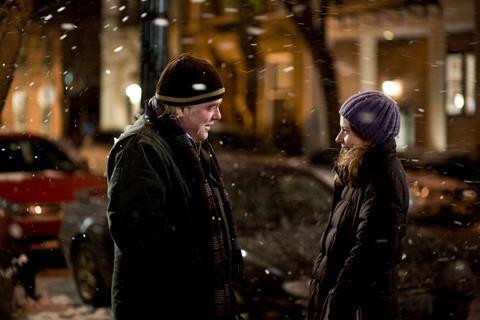 Philip Seymour Hoffman’s directorial debut, based on an Off-Broadway play of the same name which follows four damaged individuals as they make their unhappy way through New York City, is a sensitively rendered piece which unfortunately lacks sufficient heft to work as either a romantic drama or a musing on life’s daily miseries.

Hoffman fails to make the character’s inner life rich enough to suggest the simmering longings buried beneath the surface.

Jack Goes Boating, in which Hoffman also stars, will probably appeal chiefly to the actor’s fans, making this small-scale drama a niche performer for Overture Films. The film’s conceptual modesty could be a blessing in ancillary markets, however, where Jack Goes Boating should transition easily to home viewers.

With Bob Glaudini adapting his own play for the big screen, Jack Goes Boating retains the feel of a theatrical character drama, one in which the larger themes take precedent over plot or character. Specifically, the film seeks to examine how people make do with lives which have not turned out how they imagined, and consequently the story’s wandering narrative keeps circling back to this central question.

But whatever its success on the stage, Jack Goes Boating lacks dramatic momentum as a cinematic work. Part of the problem stems from the fact that Jack remains a colourless protagonist throughout the film. While his meagre personality is entirely by design, Hoffman fails to make the character’s inner life rich enough to suggest the simmering longings buried beneath the surface. Likewise, Ryan mutes the meek Connie to such a degree that she’s little more than a romantic object for the luckless Jack. Jack Goes Boating wants to show how two people with severely diminished expectations can still find contentment in one another, but Hoffman has neutered the performances in such a way that the audience is challenged to invest in their romance.

By comparison, the travails of Clyde and Lucy offer a little more fire, particularly when the viewer learns about a long-ago infidelity that still roils the couple. Their marital problems can come across as too simplistic, however, to seem like the realistic obstacles that affect flesh-and-blood married people. This is unfortunate since Ortiz delivers the film’s best performance, illustrating how Clyde’s cocky surface hides a complete disenfranchisement with his career and relationship.

As a first-time director, Hoffman can be accused of overselling the film’s third act recriminations which, again, might have had more punch on the stage but feels unconvincing and unearned on screen. In addition, he liberally incorporates slow-motion montages and melancholy jazz music on the soundtrack to demonstrate the characters’ stifling discontent, but the technique quickly loses its effectiveness through overuse.

Bob Glaudini, based on his play Jack Goes Boating