Fascinating documentary about the history and craft of sound in cinema 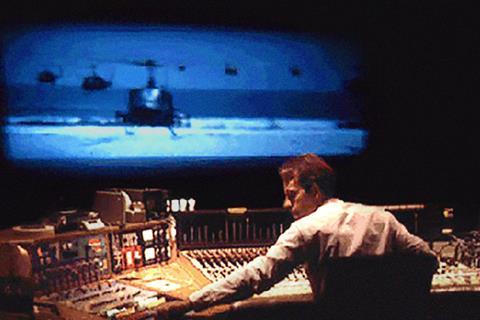 “Our ears lead our eyes to where the story lives,” says Steven Spielberg in this exhaustive exploration of the history, craft and influence of sound in film. He’s one of an impressively heavyweight list of star filmmakers – others include Barbra Streisand, George Lucas, Ryan Coogler, Sofia Coppola, David Lynch, Ang Lee and Robert Redford – whose involvement in Costin’s film underlines just how crucial is sound to our experience of cinema. Fascinating and informative, it’s a ‘must-watch’ for film students and fans alike.

And this is a point to note. The visual component of cinema dominates our conscious experience to such an extent that it is embedded in the language we use to describe it: we watch a movie, we view cinema, directors have a vision for their films. Sound, says one interviewee, is stealthy. It’s under the radar. But it is essential to our understanding, not just of what is on the screen but of what is going on outside of the frame. Part of the pleasure of this film is the sense of discovery of something that was there all along. Following from its premiere in Tribeca, the film will screen as part of Cannes Classics, and further festival bookings seem a given. Moderate success theatrically and, in particular, on VOD platforms is also likely.

Director Midge Costin has been a Hollywood sound editor for over two decades, and is the Kay Rose Professor in the Art of Sound at USC School of Cinematic arts. She approaches her subject with both authority and an infectious enthusiasm. A couple of well-chosen case studies give a taster insight into the contribution of sound to the movie experience. The opening beach battle sequence of Saving Private Ryan is particularly striking; visually, the narrow POV and lack of wide shots place us on the bullet strafed ground next to Tom Hanks, but it’s the sound, the film argues, which captures the scale of the horror. The score, when it finally comes in, is described as being “like a life raft” to which the audience can cling.

In the early years of sound cinema, each studio leaned heavily on its own library of stock sounds – Costin cuts together a collection of shots, from Westerns to crime pictures to the Three Stooges, which all employ the same ricochet sound effect. Things started to get interesting when directors such as Welles (who brought the sound architecture of his radio expertise to the big screen), Hitchcock and Lean stamped their individual creative style on the sound as well as the visuals.

It wasn’t until the 1970s, however, that experimental and adventurous use of sound crept into the mainstream. Interviewees include Walter Murch, whose cites John Cage and musique concrete as influences, and Ben Burtt, who got his break straight out of film school collecting sound effects to voice the Wookiees in Star Wars (eventually they chose the noise of a greedy bear grunting impatiently to be given a slice of bread).

The film is full of such engaging revelations. Animal roars, we learn, were incorporated into the jet fighter engine noise in Top Gun; the sound of the wind was considered to be a character in its own right in Brokeback Mountain. At times, it feels as though a conjuror is revealing the methods behind his deception. But, in this case, not only does the magic remain intact, it also leaves us with a newfound appreciation for the people who design the worlds of sound that make the pictures come alive.