‘No Time To Die’: Review

Daniel Craig exits shaken and stirred: now audiences will have their say 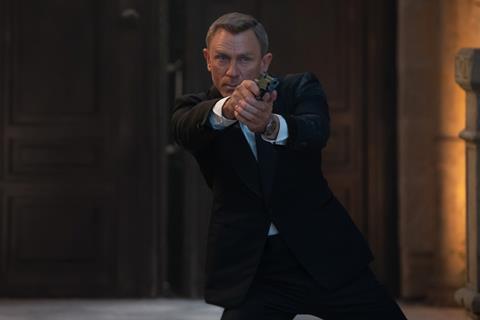 The unexpected twists of recent history have made No Time To Die indisputably the most awaited Bond film ever. So it’s only fitting that this, the 25th official episode in the 007 series, should bend a few rules and spring several surprises, including an outrageous narrative cheat. Pulling out all the stops with wild – if not exactly gleeful – abandon, director Cary Joji Fukunaga and his co-writers find various elegant solutions to wrapping up the Daniel Craig cycle of Bond movies as a self-contained, interconnected series. So there’s plenty to gawk at, and to argue over, in this episode - yet No Time To Die is oddly lacking in pleasure or real wit.

It’s certainly a film that breaks many of the canonical rules of the series, though not entirely to dazzling effect

That shouldn’t harm the film’s chances for new distributor Universal when, in the wake of delay after delay, No Time To Die is finally released after its bells-and-whistles world premiere at the Royal Albert Hall. The film’s journey to the big screen has been as unpredictable as any of 007’s adventures, following an abortive start with Danny Boyle at the helm, and a series of delays because of Covid-19 – pushing the eventual release back several times since the original planned date of April 2020. All this has made No Time To Die – directed by Cary Joji Fukunaga, shifting into much higher gear after the varied likes of Sin Nombre, Beasts Of No Nation and TV’s True Detective – even more of a symbolic test of theatrical releasing’s return to health than Tenet or any recent Marvel release.

Add to that assorted headline-worthy news, like the addition of Phoebe Waller-Bridge to the writing team, black actress Lashana Lynch as an MI6 agent working under the hallowed 007 denomination, and Fukunaga’s recent admission that the Connery-era Bond was in certain films effectively a rapist – all of this makes No Time To Die a very hot potato indeed.

It’s certainly a film that breaks many of the canonical rules of the series, though not entirely to dazzling effect. The taboo-busting starts at the beginning, with the time-honoured prelude involving not Bond, but presented as another character’s flashback – a return to the childhood of Bond’s squeeze from Spectre, Dr Madeleine Swann, as a child witnessing a sinister masked man invading her family’s snowbound Norwegian house in revenge against her assassin father.

Cut to years later, and an adult Swann (a somewhat glum Léa Seydoux) is enjoying an Italian break with the now-retired Bond (Daniel Craig) in Italy. Sustaining a link with the events of Casino Royale, he’s still moping over deceased love Vesper, and visits her tomb (yes, this is a Bond who seeks closure), only to find some of his enemies have gotten there first, occasioning a slam-bam car and motorbike chase that, a little prematurely, provides the biggest razzle dazzle in the film.

We jump five years forward, after a typically snazzy Daniel Kleinman credit sequence, set to Billie Eilish’s stylishly morose theme song. Scientist Obruchev (David Dencik, hitting new extremes in dubious Russian accents) is abducted from a top-secret London facility where he has been working on a highly complex MacGuffin – a lethal DNA weapon using nanobots. We see it in action at a party in Cuba, where Bond teams up with a high-kicking, deceptively ditzy operative named Paloma (Ana de Armas, having the most fun of anyone). Bond’s old friend, CIA man Felix Leiter plays an important role (it’s nice to see Jeffrey Wright returning, even if underused), and perennial nemesis Ernst Stavro Blofeld (Christoph Waltz) may hold the key to it all, rather than being behind it this time; after all, he’s a prisoner in a high-security facility where he’s restrained in a glass box like a Hannibal Lecter tribute act (which means that Craig’s Bond briefly gets to play Clarice Starling in a memorable two-hander scene).

The real arch-villain – and arch he certainly is – turns out to be one Lyutsifer Safin, played by Rami Malek. His specialty is muttering in an ominous monotone with a distinct dash of Peter Lorre, and he sports enough scarred skin to make you wonder why, when the 007 series is constantly stressing its new sensitivity, it is still using bodily disfiguration as shorthand for evil (by the same token, a one-eyed henchman with a bionic eye, played by Dali Benssalah, is cheerfully referred to as ‘Cyclops’).

Big routines include the raid on the scientific facility (which perhaps knowingly echoes the flashy glass-and-neon sequences of Skyfall), a chase through a Norwegian forest, and the climactic episode on a distant island somewhere between Russia and Japan. In the great Bond tradition, so memorably mocked by Pixar’s The Incredibles, Safin has his very own island HQ, which is at once as a chemical factory, a former Russian submarine base and a modernist Japanese herb garden – a bizarre blend that incoming production designer Mark Tildesley combines to convincing effect, with perhaps a fond tip of the hat to Ken Adam’s great Bond decors of yore.

One surprise is that some of the touted innovations don’t quite play as sharply as one might have expected. Lynch is testy as the new 007, constantly reminding Bond that she’s as canny and effective an agent as he ever was, but she barely emerges as a character, while Naomie Harris’s Moneypenny, so crisp in her previous outings, has been devalued here. There are a couple of moments where Bond is reminded wryly that his initial encounters with women don’t have to be sexually charged – although as a somewhat morose and devoted lover these days, he seems to have pretty much taken that on board. But there’s little sign of the irreverent wit and mischief that you might have hoped Waller-Bridge would bring. She surely can’t have been responsible for as corny a line as the one about someone getting their mind blown (literally), which would have caused Roger Moore to raise his other eyebrow in pain.

Directorially, Fukunaga makes a very confident transition to the action style, after a career that takes in political realism, historical drama, horror and procedural thriller. He and DoP Linus Sandgren tend to stick to a hard, punchy realist register, for example in a late mano a mano sequence that gets right in its combatants’ faces. But Fukunaga downplays the traditional humour to up the dark peril, and the even more sombre-toned romance. Narratively, there are some major departures from the traditional codes, notably the inclusion of a solemn little girl into the action at a crucial point to raise both jeopardy and emotion. And most problematic, this film continues to raise the stakes emotionally, attempting to give Bond a tragic interior depth, as if the Craig cycle were truly his coming-of-age saga.

Craig, in his final outing, does persuade us that Bond has more human substance than his predecessors, partly by adopting an often rueful mutedness and emphasising the character’s signs of physical and emotional wear and tear. The film certainly does something that was necessary, trying to maintain the thrill of the property while revising its often appallingly casual sexist and racist, not to say jingoistic, legacy. But in driving Bond towards this episode’s culminating emotional payoff, No Time To Die jettisons the insouciance of the series in its greatest moments. That doesn’t have to be the way, as was proved by Sam Mendes’s 2012 Skyfall, still the benchmark for freshening up an old property with wit and sparkle. No Time To Die indulges in some audacious rule-breaking, but to too little effect – although that’s unlikely to spoil the film’s chances with audiences, who will be delighted to see Bond back, no matter how little joy he, or his vehicle, exudes.