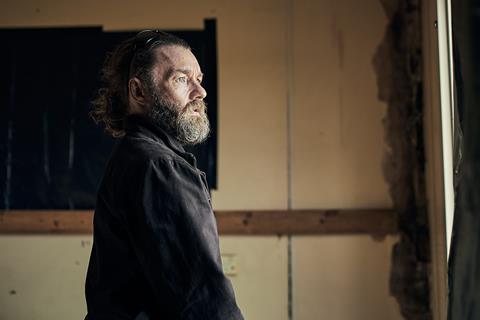 Based loosely on a real-life case involving the disappearance and murder of a young Australian boy in 2003, Thomas Wright’s intense and unnerving The Stranger envelops audiences in the dark shadows of Australia where one undercover detective risks his sanity to catch an elusive no-name drifter. Wright crafts a hyper-elaborate set-up and delicate drip-feed of information which make spoilers an equal crime, but The Stranger is more of a felt experience than a traditional policier; it’s all about the hunt, not the crime. The Stranger’s otherworldliness belies the ‘based on a true story’ credit - Australia is portrayed as a shady place of closed-curtains and over-hanging cloud - but this reality looms over the narrative despite the editorial decision not to personalise the victim.

This isn’t the blindingly dusty outback of Ivan Sen’s Mystery Road, or the twisted sickness of Snowtown, but there is a tough, male line that binds The Stranger to its Australian stablemates

Joel Edgerton anchors the proceedings as only Joel Edgerton can: an intense and brooding presence, the actor, and the Australian crime setting, will be the main draw for this portrait of everyday evil which bows in Un Certain Regard at Cannes. Nobody better to convey evil, either, than British actor Sean Harris, his crooked features contorted into a waxy shapeshifter. The film’s aesthetic and unconventional approach - mumbled dialogue, abrupt jump-cuts - could see it land softly in art-house theatres but with much more vigour on high-end streaming platforms outside Australia where familiarity with the case should ensure a strong following.

Wright’s first film, Acute Misfortune, was also a tense portrait of a relationship between two men, although the writer and artist portrayed there could hardly be more different to the drifter and pursuer here. For those new to the Sunshine Coast murder of 13-year-old Daniel Morcombe and the subsequent hunt for this body and killer, the largest Australia had ever mounted, it’s never clear where Wright is taking The Stranger. It starts on the Glass House Mountains, with police conducting a forensic search, and violently jump cuts back in time, to the dark interior of a bus at night, a disembodied baroque journey out of state which will only end with the film.

Here, the drifter Henry (Harris), tired, solitary and hard, befriends Paul (Mouzakis), a sad-sack petty criminal who, eventually, introduces him to Mark (Edgerton), a monosyllabic bag man for a local crime syndicate. ‘I don’t do violence,’ says Henry, when he’s offered the job as Mark’s ride along after Paul is ‘relocated’. ‘Just tell me the truth,” says Mark. Both are lying: Mark is an undercover investigator, part of a huge sting operation, while Henry has violence in his past, certainly — just how much is for Mark to figure out.

This isn’t the blindingly dusty outback of Ivan Sen’s Mystery Road, or the twisted sickness of Snowtown, but there is a tough, male line that binds The Stranger to its Australian stablemates (Jada Alberts is the only woman in the show, as a dogged investigator charged with pursuing the case as it goes through another iteration - six years have passed since the child disappeared at the point The Stranger commences). There is no gore or violence here, no bodies, no morgue scenes, but the stakes couldn’t be higher as Mark starts to crack under the pressure and the ‘Mr Big’ sting operation fractures.

The 116-minute running time starts to bag as the film winds to a conclusion which Wright leaves tantalisingly open, but DoP Sam Chiplin’s work always impresses in its defiance of the conventions associated with the true crime genre. He makes distinctive frames out of the shadows, the greys and the duns and the tobacco lighting, cut with adventurous editing from Simon Njoo which isn’t afraid to dislocate the viewer. Composer Oliver Coates hums an air of menace at just the right level as the camera gets into the car with these two ponytailed, monosyllabic outcasts and their ‘friendship’ builds. At the start, as Wright’s film creeps up the verdant mountaintop which will later claim such significance in the piece, the blend of Indigenous-tinged music with silent treescape brings to mind Peter Weir’s Picnic At Hanging Rock. There are secrets buried here too, but the answers can only come from the dark human heart of The Stranger.

Screenplay: Thomas M. Wright, based on ‘The Sting’ by Kate Kyriacou