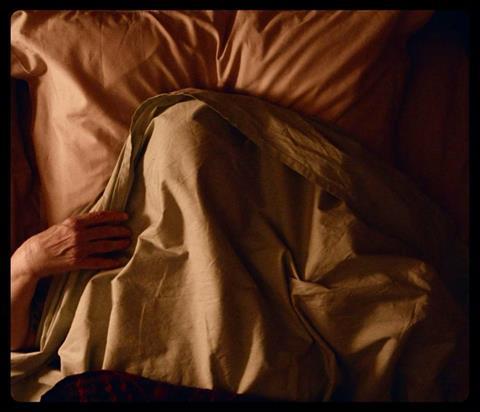 Since the start of his career, Gaspar Noé has traded gleefully on a reputation as the malign hobgoblin of French cinema, delighting in giving viewers a disturbing time in films including I Stand Alone and Irreversible. But this time, it’s his hardcore fans who may be shocked. His new film Vortex, playing in the Cannes Premiere section, deals in taboo and horror, but not as you’d expect. The taboo addressed is one of the most unmentionable in cinema, and indeed in Western culture – old age. And the horror is one that hovers over us all – the possibility of dementia followed by death. The title Vortex might suggest a cult-chiller follow-up to Noé’s Enter The Void, but this is an utterly sober experience, troubling in a very new way for Noé. It’s his most mature film, an unabashedly and audaciously experimental work. Given its all-out grimness, prospects will ride on Noé’s auteur status, but it should be a major talking point at festivals.

Shot in Scope by Benoît Debie, the film follows a brief period in the life of an elderly couple, played by Françoise Lebrun (best known for Jean Eustache’s The Mother And The Whore) and legendary horror film-maker Dario Argento. They are first seen enjoying an idyllic moment of calm on the balcony of their flat – an oasis within Paris - and musing that “life is a dream within a dream”. But the idyll is short-lived. We see the pair lying side by side in bed at night, the woman looking distressed as the man sleeps. Then the screen is divided into two by a black line that slides down the image like a slow drip of funereal ink. From here on, the split screen remains, as the two partners live in close but separate parallel universes of their own – a chilling visual metaphor for the way that dementia erodes a person’s ability to communicate or empathise with their loved ones.

There’s little incident in the conventional sense – with the camera hanging close on the characters’ wanderings and mundane actions, most sequences in each frame suggest something between the Dardenne brothers and Chantal Akerman’s Jeanne Dielmann. We watch both partners get up, shuffle around the flat, get ready for the day, do mundane things – with little danger signs like the woman boiling coffee but leaving the gas flame a bit too high. The husband, presumably retired, is nevertheless working on a vague project, a book about cinema and dreams, while the wife is a former psychiatrist whose qualifications allow her to continue prescribing medications for her husband – a theme that Noé milks for discomfort.

After walking unsteadily around the labyrinthine spaces of their large flat - one that Debie’s photography contrives to make ever more claustrophobic – the woman goes out, wanders around a convenience store, and looks increasingly lost. Meanwhile, her worried husband searches for her, then escorts her home – but once there, the signs suggest that he is himself no longer in a position to properly look after either of them.

Nor is their son (Alex Lutz) much help. He’s an unemployed film-maker with drug problems and a young son – and even though he’s empathetic and in some ways a reassuring presence to have on screen, it’s clear that tending to his parents will be beyond his current capacities. By now, his parents have entered the ‘vortex’, the downward slide of mental and physical degeneration that will lead to death: here’s another Noé film that could have been called Irreversible.

For the most part, the film follows the couple, usually in the flat - its dimensions bending and contracting as the two images move apart, then occasionally come together again to form a split-screen whole. When they do, the two halves are sometimes subtly out of whack with each other, with one character seen in both frames in the same piece of action. It’s an extraordinary feat by Noé and Debie, the inconsequential nature of much the action making the film seem semi-improvised, although rigorous precision in the timing and camera placement has been achieved. At times, we wander further abroad – the husband sits around discussing film with a group of old friends, and has a quiet moment with a woman who is apparently his long-term or former mistress. We also get glimpses of the son’s drug addiction, a strand that somewhat dilutes the film’s concentration and makes it more generically Noé-esque (with this director, the couple’s kid couldn’t possibly have been a well-settled suburban dentist). There are also a couple of moments when Noé can’t resist using the couple’s grandson to startle us – the first time to quietly creepy effect, when his sudden appearance startles his grandmother.

It’s hard not to be reminded of Michael Haneke’s Amour, which treated this subject more concisely and dispassionately – but you can also see Noé’s film echoing films about older age by Japanese directors like Ozu, and indeed Leo McCarey’s Make Way For Tomorrow. The performances, with a strong degree of improvisation, are extraordinary, the physical condition of the elderly actors, as in Amour, proving very much the prime instruments of the film’s language.

Argento’s strong Italian accent and seeming lack of ease with the French language give an affecting undertow to the character of a man who is increasingly lost and headed into a corner, while he conveys tenderness and anxiety with equal force. And Lebrun, silent for long stretches of the film, radiates vulnerability, distrust, fear and a distinct tenderness – the poignancy of her character’s mental frailty heightened by our knowledge of her intellectual prowess during her prime. Meanwhile Lutz, best known as a comic actor, as in his own Guy, gives a gentle, affecting support depicting a different kind of vulnerability. Superb production design by Jean Rabasse evokes an entire life, the flat filled with mementos, books, posters related to cinema and to 60s/70s radicalism – a décor that functions as a metaphor for memory, experience and mental decay.

Noé bluntly defines his topic upfront, in an opening caption dedicating Vortex “to all those whose brains will decompose before their hearts”. His synopsis for the Cannes catalogue seems characteristically nihilistic – “Life is a short party that will soon be forgotten” - but a closing montage suggests at least that the party was good while it lasted. This scant consolation caps a film that is perhaps more artistically daring than philosophically profound, but is the first Noé film to date that you could actually call moving.