'What She Said: The Art of Pauline Kael': Berlin Review 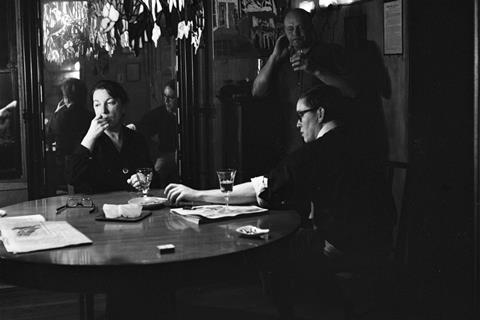 Rob Garver’s documentary on Pauline Kael is not just a portrait of a single personality, nor an elegy for the glory days of film criticism, but a contemplation of the joys of opinion and of a time when opinion mattered. In the age of Rotten Tomatoes and multitudes of YouTube pundits, it’s hard to imagine a time when a single voice such as Kael’s could make and break, or at least dent, reputations. But What She Said: The Art of Pauline Kael – note that vital word ‘art’ –  also shows how the shock waves from Kael’s brilliant, sometimes immoderate or contrarian opinions, could fuel a whole culture of informed and often polemical debate.

On the centenary of Kael’s birth, Garver musters a heavyweight crowd of admirers and acolytes – with the odd demurring voice – and assembles a kaleidoscopic montage of movie clips, archive footage and Kael’s own home movies to give a sense of the world from this combative voice emerged and in which she thrived. Beyond festivals, niche commercial exposure should be healthy: cinephiles will latch onto this lively, entertaining essay, and critics, while no doubt using it as an opportunity to sharpen polemical claws, will at any rate welcome the existence of a film that boldly argues that their profession matters.

Using extracts from Kael’s writing (voiced by Sarah Jessica Parker), and featuring numerous clips of her TV appearances, the film sketches out a broad outline of its subject’s career, including various short-lived partnerships – one of which produced a daughter, Gina James, substantially interviewed. We learn how West Coast native Kael saw her first movie in Petaluma, California (“I knew that was for me”); hear about her student days and faltering attempts to be a playwright; about her moment of revelation as cinephile, De Sica’s Shoeshine in 1947; and discover that she characteristically went in fighting on her print debut, denouncing Chaplin’s Limelight as “a con”.

In her criticism for McCall’s, New Republic and most famously, the New Yorker, Kael had a fearsome reputation as a debunker, whether comparing The Exorcist to hardcore pornography or laying into sacrosanct icons of European art cinema; most famously mocking the elegant ennui of Fellini, Antonioni and Resnais. Conversely, she could praise, sometimes in hyperbolic terms: she hailed the premiere of Last Tango in Paris as an event comparable to the first performance of Stravinsky’s ’Rite of Spring’. Sometimes, she could completely change the fate of a film, as when she took up the cudgels for Bonnie and Clyde after its savaging by New York Times critic Bosley Crowther. Her espousal of this film, as well as the careers of Scorsese, Spielberg, De Palma et al, directly affected the course of cinema history in a way that critics today can only marvel at.

The film doesn’t only give voice to Kael’s admirers: David Lean is seen expressing shock at the face-to-face savaging he received from Kael at a New York event, rattling his confidence in his work; while Peter Bogdanovich, also in archive footage, sees Kael’s extended piece ‘Raising Kane’ as an attempt to assassinate Orson Welles. There’s also reference to Renata Adler’s 1980 surgical demolition of Kael’s “prose hypochondria”.

It might also have been fruitful to offer some more dissenting or analytical takes on aspects of Kael’s practice that now seem contentious, such as the way she would muster critics who were her acolytes – dubbed ‘Paulettes’ – to ensure support for films she favoured, or her practice of waiting to see the critical response to a film before coming in with her own dissenting take.

But Garver’s film is above all a celebration of the pleasure of intellectual and emotional response to art (“To be paid for thinking is a marvellous way to live,” Kael says), and a picture of a style of thinking that might be seen as distinctively but non-stereotypically female. Kael talks about her battles with men who see rational thinking as their exclusive domain, while Gina James talks about her mother’s identification with cinema’s “tough dames”.