Honorary Heart of Sarajevo Award for actor who attended the festival with new film A Perfect Day. 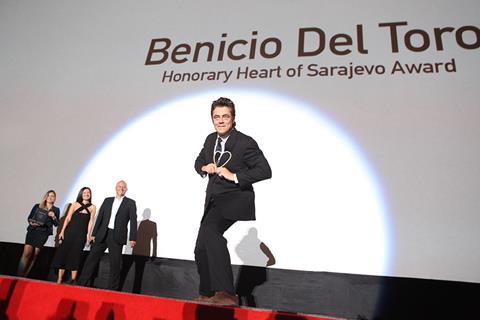 Oscar-winning actor Benicio Del Toro has accepted the Honorary Heart of Sarajevo Award at the Sarajevo Film Festival (Aug 14-22) , where he presented his latest film A Perfect Day.

The film screened last night (Aug 20) as part of Sarajevo’s Open Air Program, in front of an audience of around 3,000.

Del Toro will take part in a masterclass at the festival today for the participants of the Talents Sarajevo initiative, a platform for emerging film professionals.