The Other Side Of Sleep 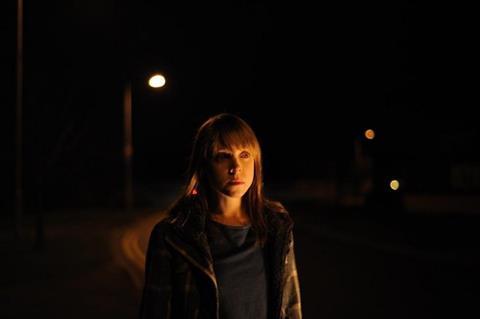 With Irish accents so strong they require subtitles, Rebecca Daly’s Offaly villagers are palpably real; her dreamy story ebbs and flows around them as a psychologically frail young girl draws herself into the aftermath of a disturbing murder.

The Other Side of Sleep is a notable debut with a lead performance that marks out young Antonia Campbell-Hughes as a talent to watch.

A Cannes Residence project, The Other Side Of Sleep is undeniably Irish but speaks the film language of the European art-house, where it should make an immediate impression, notching strong sales for Paris-based Memento Films (its closest relation is Urzula Antoniak’s Nothing Personal).

Daly’s haunting debut flirts with dreams and reality; it is under-stated yet powerfully etched. Although it can’t quite maintain the force of its opening sequences and an elliptical narrative sometimes takes a turn into muddy waters, The Other Side of Sleep is a notable debut with a lead performance that marks out young Antonia Campbell-Hughes as a talent to watch. Daly’s work with photographer Suzie Lavelle and her sound team of Michel Schopping and Marc Lister is notable throughout.

Arlene (Campbell-Hughes) is a sleepwalker since childhood, a lonely and vulnerable orphan living by herself in a downbeat Offaly village (this is not an Irish Tourist Board destination) with occasional visits from her grandmother.

None of this is apparent in the memorable opening sequence, however, when she rises from her bed and wakes up beside a dead body wrapped in a duvet in the woods. A factory worker, she leaves the scene, comes home and showers, and goes straight to work.

Arlene lives in a silent, internalised world; a friend jokes that people think she’s a little mad. The murder of her mother in England when she was an infant has left her cautious and alienated, yet somehow she has a need to reach out to the dead girl, whose smiling face reaches out of the newspapers to ensnare her. Villagers gossip about what might have happened, denigrating the victim and pointing the finger at her wild boyfriend (Keeley), who Arlene is also drawn to.

In the meantime, her sleepwalking - and terror of it - is intensifying, provoked by the trauma of waking up beside a corpse (although it does seem odd that in such a small town her neighbours would not be more aware of Arlene’s nocturnal ramblings). Arlene, at times, looks dangerously like she’s about to join a long line of cinema’s silent, blank-faced young girls, but Daly and her co-writer Montgomery have worked hard with young Campbell-Hughes to give her more than meets the eye.