Argentinian filmmaker and US actor honoured in Poland. 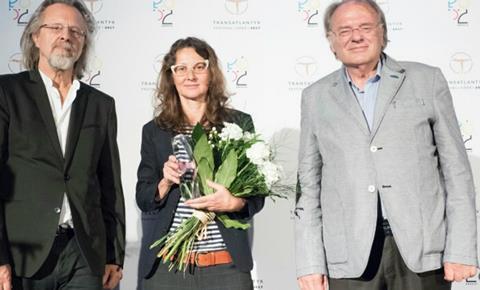 Argentinian filmmaker Lucrecia Martel and US actor Edward Norton were the guests of honour at the seventh edition of the Transatlantyk Festival which comes to a close in the Polish city of Lodz on Friday evening (July 21).

Martel became the second woman director - after Germany’s Margarethe von Trotta - and the 11th filmmaker overall, to be awarded the FIPRESCI 90+ statuette in celebration of the International Federation of Film Critics’ ten decades of activities.

FIPRESCI general secretary Klaus Eder travelled to Lodz to present the award along with Transatlantyk’s director Jan A.P. Kaczmarek to Martel at a gala ceremony last night (Thursday) before a screening of her 2008 film The Headless Woman.

Previous recipients include Jean-Jacques Annaud, Edgar Reitz, Bela Tarr and the late Andrzej Wajda, while the choice of Martel this year was particularly fitting since the Polish festival had the Power of Woman as an overlying theme in its film programme and associated events.

Meanwhile, a spotlight dedicated to Edward Norton featured screenings of Primal Fear, Fight Club and Birdman, along with a master class and the actor attending the closing ceremony as a guest of honour.

The 2017 edition was the first with Joanna Lapinska (artistic director of the New Horizons International Film Festival in Wroclaw until 2016) serving as Transatlantyk’s director of programming alongside the festival’s creator and director, the film composer Kaczmarek (Finding Neverland).

The eclectic programme of 300 feature films and documentaries included 55 Polish premieres of such films as Dunkirk, Brigsby Bear, The Party, Return To Montauk, Animals, Tehran Taboo and Son Of Sofia as well as sidebars dedicated to Polish shorts and B-class Cinema.

Highlights included the festival’s screening venture Cinema In Bed where up to three people could share a bed at the open-air venue in Schiller Passage to watch films ranging from La La Land and Deadpool to local films Body and These Daughters of Mine, and a partnership with the Berlinale’s Culinary Cinema on the presentation of five documentaries devoted to culinary themes followed by five-course banquets prepared by top Polish chefs.

The Culinary Cinema programme - the only one in Poland with exclusive rights to the Berlin original and held in the machine room of the former EC1 electricity power station - saw Australian filmmaker Trevor Graham and the US-based director Philippe Mora travelling to Lodz for the presentation of their documentary Monsieur Mayonnaise which inspired a menu by the Warsaw-based chef Robert Skubisz, while Katarzyna Danilowicz, the first female winner of the Polish Top Chef, created a menu after the screening of Vérane Frédiani’s The Goddesses of Food which investigates why there are so few female chefs.

Other films brought to Lodz for this programme included Soul, the opening film at the 2017 edition of the Berlinale’s Culinary Cinema line-up, and Boone.

As the seventh edition comes to a close, Transatlantyk’s 2018 dates are yet to be finalised: the first five editions had been held in the western Polish city of Poznan in August before the festival moved to Lodz last year taking place in the second half of June.

New Horizons was pushed forward to the beginning of August this year - parallel with the Locarno Festival - because of a major sports festival in the Polish city, but the Wroclaw festival is expected to return to its traditional dates next year (i.e. the last week of July), which would mean both Polish festivals running from one into the next if Lodz was to keep the 2017 dates for next year.