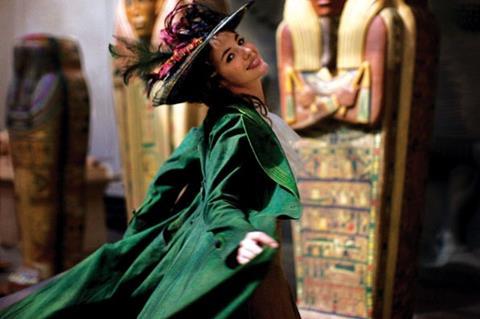 A host of Asian films entered Screen’s international chart this week, headed up by a fifth place debut from China Film Group’s Go Lala Go!, which grossed $6.4m from 655 in its home market, a screen average of $9,800. Directed by Xu Jinglei, the romantic comedy was held of the top spot in China by Warner Bros’ Clash Of The Titans which took $7.32m in the territory.

A trio of the latest instalments in Japanese franchises hit cinema screens locally, with Nodame Cantabile: The Final Score – Part II (on $6.11m), Detective Conan: Lost Ship In The Sky ($6.1m) and Crayon Shinchan 2010 ($2.9m) placing seventh, eighth, and 16th internationally. Toho is distributing all three films, with Detective Conan recording the highest average of the week with $17,300 a screen.

The Extraordinary Adventures Of Adele Blanc-Sec

Luc Besson’s highly-anticipated The Extraordinary Adventures Of Adele Blanc-Sec debuted in the overseas top 10, after playing in France, Belgium and French-speaking Switzerland on a combined 676 screens, generating $4.9m. The fantasy period piece stars Louise Bourgoin, Gilles Lellouche and Matheiu Amalric in the adventures of an early 1900s intrepid journalist who faces off with mummies and other creatures including a pterodactyl. EuropaCorp distribute the film, which next opens in Japan on July 3.