EXCLUSIVE: Golden Bear contender Werner Herzog is eying an April start on Salt And Fire, his Queen Of The Desert follow-up that is generating heat for sales agent International Film Trust. 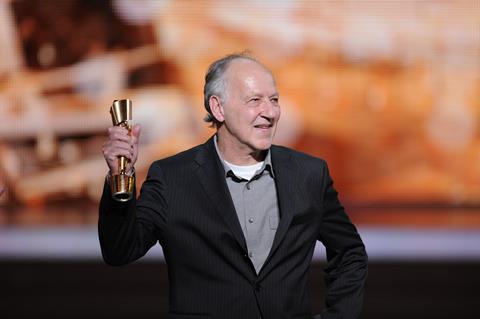 “I couldn’t be more pleased to be endeavouring on another journey with Werner Herzog,” said Benaroya, a backer of IFT.

“He is a truly special film-maker and person. I believe this project will exceed the high expectations that come with any film he directs.”

In an interview with Screen, Herzog confirmed the project and said: “It [Queen Of The Desert] was a very pleasant collaboration with Michael Benaroya. Michael is a young man of great human depth. It’s good to work with a man like that.”

“Veronica is a talented actress who brings integrity to every role she is in and is perfectly cast as Laura in what will be a visually stunning film,” said IFT president Christian de Gallegos.

The film premiered on Friday in Germany and CAA staged a screening back in Los Angeles.