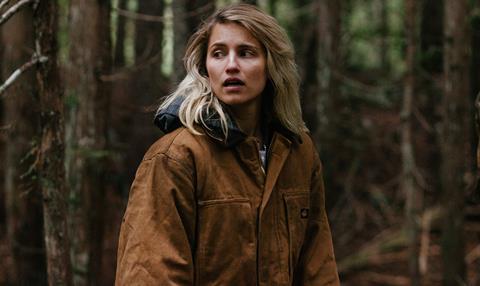 WestEnd Films has boarded international sales on thriller Hollow In The Land, whose cast is led by Glee star Dianna Agron.

Writer-director Scooter Corkle’s feature debut follows a young woman who finds herself pushing the boundaries of the law as she attempts to uncover the truth about her brother’s involvement in a brutal murder.

Screen can also reveal the first still from the film [pictured], which co-stars Shawn Ashmore (X-Men: Days Of Future Past) and Rachelle Lefevre (The Twilight Series).

The film, shot in Canada, is in post-production with WestEnd showing a promo at EFM.

Agron recently has appeared in the features Tumbledown, Bare and Zipper. She next stars in the indies Headlock, A Conspiracy On Jekyll Island and Novitiate.