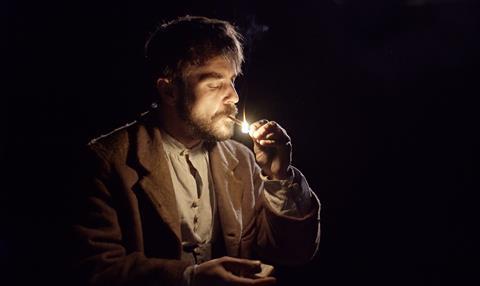 Epicentre has acquired the film for France and Film Co-opi for Switzerland.

The film recreates the year-long trek on foot from Romania to Paris by Brancusi in what is regarded as a formative experience in the modernism pioneer’s life.

Greenaway and his crew are preparing to resume shooting summer sequences in Italy after capturing winter scenes in Italy and Switzerland late last year.

Walking To Paris marks the 14th collaboration between Greenaway and Kees Kasander, who produces alongside Andrea de Liberato, Emanuele Moretti, and Julia Ton.

The producers have earmarked an autumn release for the European co-production between Enjoy Movies, Cobra Film & CDP, in co-production with SRF Swiss Radio and Television