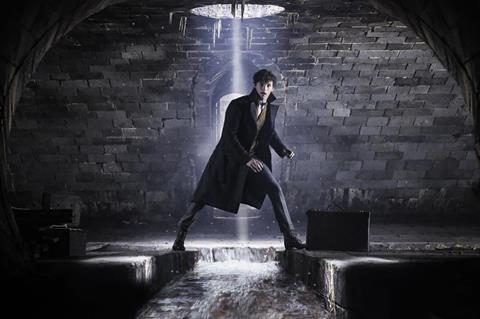 NOVEMBER 19 UPDATE: Fantastic Beasts: The Crimes Of Grindelwald ruled the world on a $253m global launch, while Venom powered past $200m in its second weekend in China, and Bohemian Rhapsody made light work of surging past the $250m international milestone.

UPDATED: Fantastic Beasts: The Crimes Of Grindelwald scored a confirmed $191.5m weekend gross from 79 markets as the worldwide haul generated $253.7m, aided by the $62.2m number one North American debut.

Warner Bros Pictures International (WBPI) executives said the international launch came in at 3% above that of Fantastic Beasts And Where To Find Them in like markets – that film launched on $186.4m excluding previews in late 2016 – and surpassed that film’s opening weekends in 47 markets.

The second in the Fantastic Beasts series delivered 21 opening weekend records in the Wizarding World series that encompasses the Harry Potter series, including Russia, Indonesia, Argentina and Brazil. Warner Bros reported record opening weekend records for the year to date in 32 markets, among them the UK, Germany, France, Italy, Australia, Taiwan, Spain, and South Korea.

By region, Grindelwald ranked number one in nine of its Asian markets except China, where Sony’s Venom continues to deliver phenomenal results and rule the market. Grindelwald ranks number one in every one of its Latin American markets, and finished the weekend at the summit across its active markets in Europe, the Middle East and Africa.

UPDATED: Venom grossed $54.7m from 65 markets to power its way to $569.4m internationally and $780.5m worldwide. It held on to number one in China as an estimated $51.2m delivered RMB 355m for the best second session for a superhero film and the fourth of all time for an imported title. The territory total stands at $204.8m and the comic book adaptation starring Tom Hardy, Michelle Williams and Riz Ahmed ranks as the third biggest superhero release of all time in China behind Avengers: Infinity War and Avengers: Age Of Ultron.

UPDATED: Bohemian Rhapsody brought in a further $46.9m from 79 markets as the hit drama about the rise of British rockers Queen led by front man Freddie Mercury flew to $257.7m.

South Korea was the top holdover as box office climbed a little more than2% to rank second on $7.4m and reach $24.6m after three weekends. The UK produced $3.9m to rank third and climb to $45.3m, which means after three weekends Bohemian Rhapsody has overtaken the lifetime total of La La Land. Japanese box office climbed 11% on $3.4m in the second session to hold on to number one and reach $11.7m.

UPDATED: The Grinch added $9.4m from 23 active territories for $25.2m, and $151.7m worldwide. After two weekends the UK ranks as the top market as $4.9m in second place propelled the tally to $12.8m, followed by Brazil with $1.5m in third place for $3.1m. The family release debuts in a cluster of markets this week including Argentina.

Johnny English Strikes Again added $1.7m from 48 active markets to reach $125.7m from 67 overall, and heads into China this week. Tiffany Haddish comedy Night School stands at $23m, and Boy Erased an early $700,000 from three territories. The roll-out proper begins in the new year, with Spain and Brazil on January 11 and January 31, respectively, followed by Italy on February 7, and the UK and Mexico on February 8.

Second World War horror film Overlord grossed $2.6m from 52 markets to reach an early $15m running total. Russia is the lead market on $1.9m after two, followed by the UK on $1.5m, and Mexico on $1m. It opens in France this week.

Dark comedy A Simple Favor added $1m for $37.6m from 23 markets. Germany has generated $2.4m fte two weekends, and the lead market is Australia on $7.1m after 10 sessions. The UK has produced $6.7m after eight.