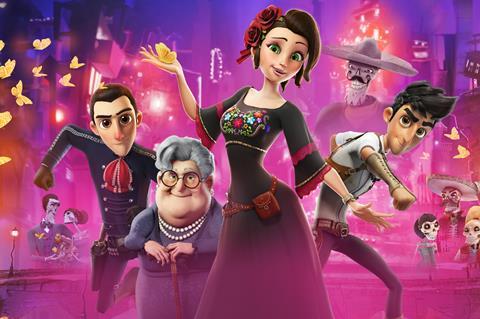 Guadalajara-based animation studio Metacube produced the film, which opened over the Day Of The Dead holiday weekend through Videocine and drew 570,300 admissions in its first three days, earning $1.5m (Ps. 28.8m). As of Tuesday admissions had climbed to 626,405.

Estefani Gaona (La Princesa y el Caracol) served as producer on the story about an orphan with no memories of her biological parents who discovers an ancient book that could be the missing link to her mysterious past.

“Dia de Muertos has performed beautifully in Mexico and we are excited to see how it opens in a host of international territories this weekend,” said Edward Noeltner of worldwide sales agent Cinema Management Group.

CMG’s AFM line-up includes Ainbo: Spirit Of The Amazon, which has pre-sold in 28 territories; Noah’s Ark: A Musical Adventure on which Walter Salles serves as executive producer; and Panda Bear In Africa.