The Maze Runner tops US box office on $33m

Fox’s YA adaptation beat a path to the pinnacle of the North American box office as an estimated $32.5m was enough to help the top 12 climb approximately 17% against last weekend. 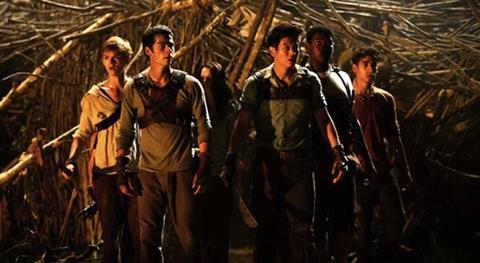 On Imax The Maze Runner delivered $5.1m worldwide and $3.3m in North America from 251 screens.

Warner Bros’ ensemble drama This Is Where I Leave You starring Jason Bateman and Tina Fey arrived in third place on $11.9m from 2,868.

Last weekend’s champion No Good Deed slipped to number four and has grossed $40.1m after two weekends, a solid return for the reported $13.2m production cost.

The Nick Cave documentary 20,000 Days On Earth was a standout in the limited release arena, generating $26,900 in a single venue through Drafthouse Films.