LevelK teams with Mondrian for 'Klump'

LevelK is teaming with Mondrian Entertainment for world sales on animated series Klump, based on the best-selling books. 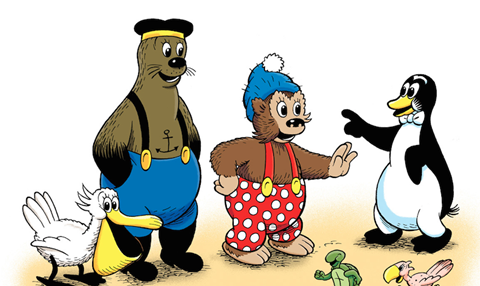 The book series is one of Denmark’s top literary exports, with 32 million copies sold. Egmont is now relaunching the book series tied to the animated TV series.

Klump is produced by Carsten Bunte from Studio Soi and Lars Sylvest from Mondrian Entertainment in collaboration with ZDF and Egmont Publishing.

Egmont and ZDF have commissioned 26 episodes of average 12 minutes for two seasons. Seasons three and four are currently in development.

Studio Soi (The Gruffalo, Gumball) handles animation and says it aims to “to develop the high-budget TV-series for a cinematic level of feel and quality, using rendering techniques, which have normally been the reserve of full-length features.”