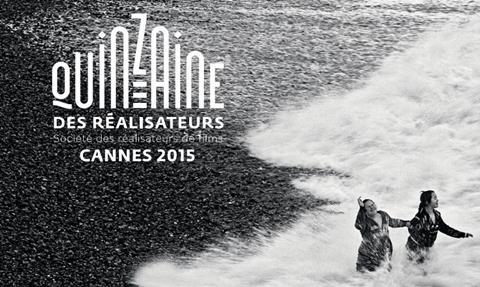 A 17-strong line-up of titles for the 47th Directors’ Fortnight, a parallel section of the Cannes Film Festival (May 13-24) run by the French Director’s Guild, has been announced by artistic director Edouard Waintrop at a press conference in Paris this morning.

As previously announced, the opening film on May 14 will be In The Shadow Of Women, by Directors’ Fortnight habitué Philippe Garrel.

The closing film on May 22 will be Rick Famuyiwa’s LA-set comedy drama Dope, a US film first seen at the Sundance Film Festival in January.

A special screening will be given to Takashi Miike’s gangster-vampire hybrid thriller Yakuza Apocalypse: The Great War Of The Underworld. Miike was previously nominated for the Palme d’Or with Hara-Kiri: Death Of A Samurai in 2011 and Shield of Straw in 2013.

Other notable titles in the line-up include Jaco Van Dormael’s religious satire The Brand New Testament. The director of Mr Nobody (2009) won Cannes’ Golden Camera in 1991 for Toto the Hero and was nominated for the Palme d’Or in 1996 with The Eighth Day.

Also from the US is Chloe Zhao’s Native American drama Songs My Brothers Taught Me, which debuted at Sundance.

Zhao is one of three female filmmakers in this year’s Directors’ Fortnight, the others being the previously mentioned Tambutti and Turkey’s Deniz Gamze Erguven, who presents her debut Mustang, a drama about intolerance in a Turkish village.

As previously announced, this year’s Carrosse d’Or (Golden Coach) Prize, awarded to a director from the international filmmaking community for the innovative qualities, courage and independent-mindedness of his or her work, goes to Chinese director Jia Zhangke, who will also give a masterclass and screen his underground film Platform (2000).

A total 1,623 feature-length submissions were made to the section - an increase on last year.