Sony Pictures Classics was last night understood to be paying $6m for US rights to Truth, RatPac Entertainment and Echo Lake Entertainment’s political thriller with Robert Redford and Cate Blanchett. 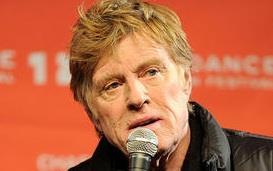 FilmNation represents international rights to Truth, centres on a 2004 report by veteran US newsman Dan Rather claiming the then President George W Bush received special treatment in the Air National Guard during the Vietnam War.

It later transpired the report was based on documents that may have been forged.

Rather’s producer Mapes wrote the book Truth And Duty: The Press, The President, And The Privilege Of Power on which the project is based.