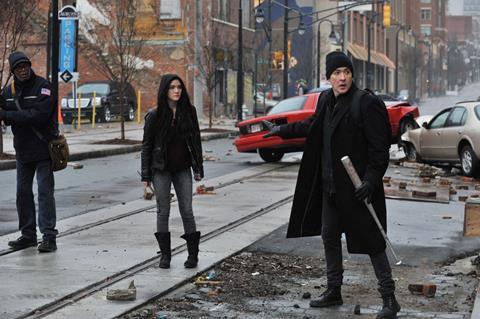 Tod Williams directed Cell, based on the novel of the same name by Stephen King, who adapted the screenplay along with Adam Alleca.

The storyline charts the apocalyptic fallout when a mysterious cell phone signal is broadcast across the network and turns the population into mindless animals.

Michael Benaroya produced alongside The Genre Company and Benaroya Pictures financed the project.

Kino Lorber has acquired all US and Canadian rights from Films Transit International to Hieronymus Bosch: Touched By The Devil, a documentary on the late-medieval artist.

Pieter van Huystee directed and produced the film, which will open exclusively at New York Film Forum on July 27.

Kino Lorber will expand in markets nationwide and throughout Canada and launch on digital platforms and home media before the end of the year.