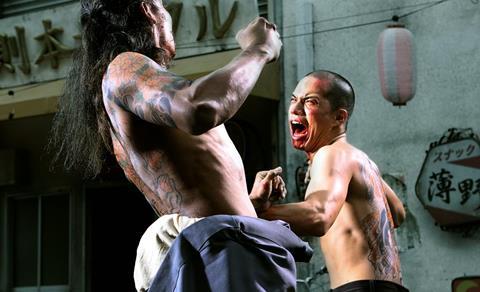 Yakuza Apocalypse premiered in Directors’ Fortnight in Cannes and follows a mob lieutenant newly possessed of supernatural powers who is ordered by his dying mentor to destroy a rival gang.

“I wonder if it’s really okay to let this film loose outside of Japan,” said Miike. “As it’s not anything anyone can deal with on their own, it’s best to watch with friends.”

Samuel Goldwyn Films brokered the deal with XYZ Films on behalf of the filmmakers and has earmarked an October 9 release.