AFM 2018: The buzz titles from Taiwan 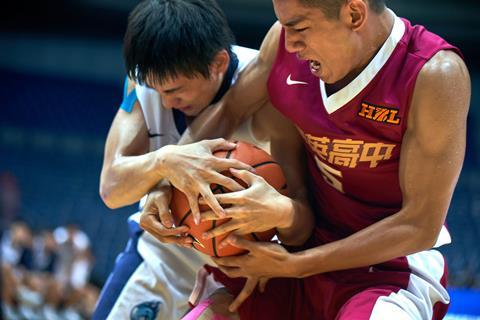 Dir: Hung Po Hao
Set to world premiere at the upcoming Golden Horse Film Festival, this family drama is about an octogenarian man who, against his will, ends up in a nursing home in Taipei, the city where his children live. All he wants is to spend the last days of his life in his hometown of Pingxi. Phoebe Huang, who plays the man’s daughter, has been nominated for the best supporting actress prize at the Golden Horse Awards. Dad’s Suit is the feature debut of Hung after directing popular TV drama Wake Up 2 last year. Veteran David Tang (Who Killed Cook Robin) serves as producer. Contact: Renaissance Films

Dir: Blue Lan
Actor-turned-filmmaker Lan’s directorial debut is a romantic fantasy about a boy with Down’s syndrome who believes that a ‘compensated-dating’ girl is a mermaid, like the heroine in his favourite picture book. Produced by Eric Liang’s Sky Film, the film stars veteran actress Tien Niu (The Blue Choker), Bamboo Chen (The Great Buddha+), Kuo Shu Yao (The Teenage Psychic) and Lan, who is known for his acting roles in Night Market Hero and Forever Love. Contact: Lammy Li, Fox Networks Group Asia Pacific lammy.li@fox.com

Dir: Jack Neo
Killer Not Stupid marks the first film shot in Taiwan for Singapore’s most commercially successful director Neo, who is best known for the I Not Stupid and Ah Boys To Men franchises. Neo’s new action comedy follows two hitmen who decide to end their career with one final mission, only for matters to get complicated when their nemesis comes after them. The cast includes Jay Shih, Amber An, Na Dou and Lin Mei Hsiu. Singapore’s mm2 Entertainment and Turner Asia Pacific are co-producing, with a Chinese New Year 2019 release scheduled for Singapore, Malaysia and Taiwan. Contact: mm2 Entertainment nelsonmok@mm2entertainment.com

Dir: Yoshihiro Hanno
Shot entirely in Taiwan, this Taiwan-Japan co-production between James Liu’s Joint Pictures and Fumiko Osaka’s Shimensoka stars Satoshi Tsumabuki (Rage) and Etsushi Toyokawa (Love Letter) as two hitmen on the run in Taiwan, where they hope to find atonement. However, they cannot escape the murder of a crime boss’s daughter. Paradise Next marks the third feature of composer-turned-director Hanno, whose soundtrack credits include features for Hou Hsiao-hsien and Jia Zhangke including, most recently, Mountains May Depart. Ryuichi Sakamoto will compose a theme song for Paradise Next, which also co-stars Taiwanese actress Hsieh Hsin Ying (The Assassin). Contact: James Liu, Joint Entertainment james@j-ent.com.tw