Berlin 2019: Screen's guide to the Special, Generation and Forum titles 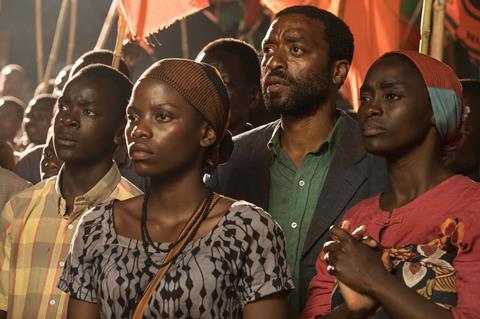 The Boy Who Harnessed The Wind (UK)

Dir: Chiwetel Ejiofor
Bafta-winning actor Ejiofor brings his directing debut The Boy Who Harnessed The Wind to Berlin following its Sundance premiere. Ejiofor stars as the father of a boy who saves his village in Malawi from famine after being thrown out of school when his family cannot afford the fees. The actor co-wrote the screenplay with William Kamkwamba and Bryan Mealer based on the novel of the same name. Participant Media, BBC Films and the BFI backed the Potboiler Productions project. Netflix has global rights outside China, Japan and UK free-TV, which Cornerstone Films is handling.
Contact: Cornerstone Films

It Could Have Been Worse — Mario Adorf (Ger)

Kids In The Spotlight (Ger)

Dir: Alice Agneskirchner
Agneskirchner’s documentary follows five children of the Friedrichstadt-Palast Berlin theatre youth ensemble. Her camera shadows them through casting and rehearsals and on to the premiere of a show that takes place on the world’s largest theatre stage in front of an audience of 2,000 people.
Contact: RBB Media

Dir: Ritesh Batra
Photograph is Batra’s return to Mumbai and Hindi-language filmmaking following his global sensation The Lunchbox in 2013 and two English-language features: The Sense Of An Ending and Our Souls At Night. Batra’s new film premiered at Sundance and is the story of a struggling street photographer, a demanding grandmother and a shy stranger.
Contact: The Match Factory

You Only Live Once (Ger) 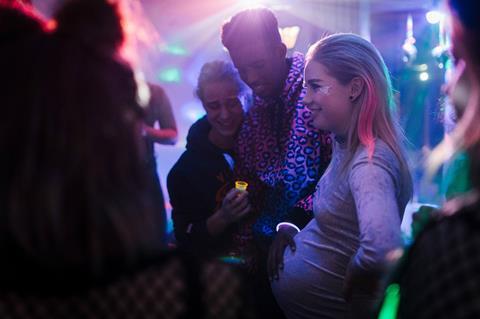 The Berlinale’s long-running (since 1978) and popular Generation section for children’s and youth films this year spans 62 shorts and features from 37 production and co-production countries across its two competitions: Kplus and 14plus. The 2019 selection, subtitled ‘Giving the oppressed a voice’, features a series of young protagonists searching for meaning in the face of an uncertain world.

Makoto Nagahisa’s feature debut We Are Little Zombies, about four Japanese teenage orphans who form a pop band, will open Generation 14plus, while Generation Kplus begins with Berlin-based director Erik Schmitt’s time-hopping treasure-hunt adventure Cleo. Other buzzy titles include the European premiere of Finnish filmmaker Selma Vilhunen’s Stupid Young Heart, about suburban Helsinki teens encountering racist ideologies in their multicultural neighbourhood, while US filmmaker Sam de Jong — who opened Generation 14plus in 2015 with Prins — returns with Goldie, starring US model Slick Woods as a teenager trying to stop child welfare separating her siblings after their mother lands in prison.

Indian director Rima Das is screening Bulbul Can Sing, which, like her 2017 Village Rockstars, is set in her home region of northeastern India and offers a poetic snapshot of life for a trio of friends stifled by patriarchy. The heroine of Bhutanese filmmaker Tashi Gyeltshen’s Himalayas-set The Red Phallus is also struggling for autonomy in a traditional world.

In Generation Kplus, director Mo Scarpelli focuses on a 10-year-old Ethiopian boy who dreams of being a lioness to counter the hyena haunting his neighbourhood in Anbessa, while Marine Atlan’s dreamlike debut Daniel is set in a spooky French school in which children dance the tango and prepare for an imaginary terrorist attack. A number of documentaries also feature in this year’s line-up including Carl Javer’s Reconstructing Utoya, in which four survivors share their experiences of the tragic Utoya island attack in Norway, and Damon Gameau’s 2040 which considers what a future world might look like if solutions were embraced to improve the planet.

Forum, this year subtitled ‘Risk before perfection’, is independently programmed for the Berlinale by Berlin’s Arsenal — Institute for Film and Video Art. Forum showcases films that “try things out, take a stance and refuse to compromise”, as Arsenal puts it. Most of the films are world premieres and many have literary origins. They include Austrian filmmakers Kelly Copper and Pavol Liska’s Super 8 silent film Die Kinder Der Toten, based on a ghost novel, Rita Azevedo Gomes’s The Portuguese Woman, based on a Robert Musil novella, and US director Peter Parlow’s The Plagiarists in which one of author Karl Ove Knausgaard’s works features prominently as a plot device.

This is the 49th edition of Forum but only the 14th edition of its offshoot Forum Expanded — also programmed by Arsenal. With the tag ‘Antikino (the siren’s echo chamber)’, Forum Expanded features 30 short and long films, 17 installations and a performance piece that go beyond even Forum to bounce off the ever-dissolving walls of cinema, art and media, exploring the relationship between images and reality. Film works screening include the world premiere of the 85-minute Labour Power Plant directed by Robert Schlicht and Romana Schmalisch set in an eerily imaginable future where people are plugged into power plants.

Forum umbrella also encompasses the Archival Constellations strand that screens digitised and restored works and places them within a contemporary conversation. Screenings this year include new works about film history such as Callisto McNulty’s Delphine And Carole, about filmmaker Carole Roussopoulos and actor Delphine Seyrig, who made use of new video technology in the 1970s and 1980s to fight alongside the women’s movement, and a restored version of Bette Gordon’s 1984 short feminist noir Variety, written by Kathy Acker.