Berlin 2020: Screen’s guide to the Special, Forum and Generation titles 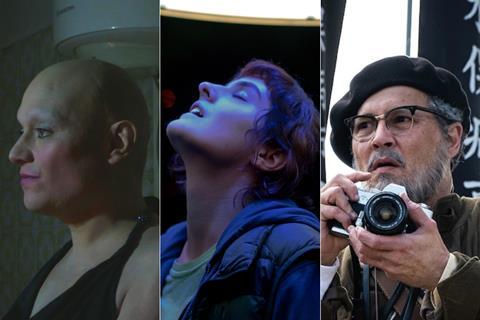 Dirs. Ilya Khrzhanovskiy, Ilya Permyakov
Part of the epic Dau art project, this six-hour film centres on a secret Soviet institute that is exploring scientific and occult experiments aimed at creating the ideal human being. Co-director Khrzhanovskiy, who has overseen the entire Dau project, previously made sci-fi drama 4, which debuted at Venice in 2004. It is accompanied by DAU. Natasha, which has been selected to play in Competition.
Contact: Coproduction Office

Dir. Stephen Johnson
Set in 1930s Australia, this western action thriller stars Simon Baker as a bounty hunter who enlists the help of a young Aboriginal man to track down the most dangerous outlaw in the territory — his uncle. It is Australian filmmaker Johnson’s second feature after 2001’s Yolngu Boy. The producers are Maggie Miles, Witiyana Marika and Johnson alongside David Jowsey and Greer Simpkin.
Contact: Playtime

My Salinger Year (US) 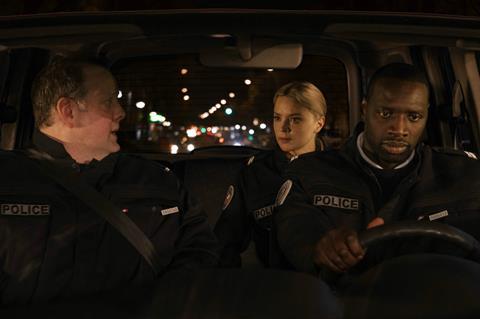 Dir. Anne Fontaine
French filmmaker Fontaine makes her Berlinale debut with this contemporary drama about three Parisian police officers transporting an illegal immigrant to the airport for deportation. When he tells them his life is in danger if he is returned to his native country, the trio debate whether they should free him. Omar Sy, Virginie Efira and Grégory Gadebois star as the police officers with Iranian actor Payman Maadi (A Separation) as the condemned man.
Contact: Gabrielle Tensorer, Studiocanal

Dirs. Oleg Sentsov, Akhtem Seitablaiev
Ukrainian filmmaker Sentsov was Russia’s most famous political prisoner from 2014 until his release in 2019. While still behind bars, he sent notes to Seitablaiev for this adaptation of his play — a dystopian drama set in a totalitarian regime, which is disrupted when one person decides to rebel. The official billing is “by” Sentsov “in collaboration with” Seitablaiev. Producers are Ukraine’s 435 Films and Poland’s Apple Film Production. The Berlinale has staged campaigns to free the filmmaker in the past, screening The Trial: The State Of Russia Vs Oleg Sentsov in 2017.
Contact: Latido Films

Dir. Dan Scanlon
US filmmaker Scanlon presents his second feature for animation power­house Pixar following 2013’s Monsters University. Set in a world populated by fantasy creatures, the story follows two elf brothers — voiced by Tom Holland and Chris Pratt — who use magic in a bid to reunite with their late father for one final day. Pixar’s long history with the Berlinale started with Toy Story, which screened out of competition at the 1996 festival.
Contact: Walt Disney Studios Motion Pictures

Dir. Vadim Perelman
This concentration camp drama follows a Belgian Jew who falsely claims to be Persian and has to teach the head of the camp a language he does not know. 120 BPM (Beats Per Minute)’s Nahuel Pérez Biscayart plays the young prisoner opposite German star Lars Eidinger. Ukrainian filmmaker Perelman’s 2003 debut House Of Sand And Fog secured three Oscar nominations. Producers include Timur Bekmambetov.
Contact: Memento Films International

Dir. Matteo Garrone
Roberto Benigni stars as Geppetto in this live-action adaptation of the fairytale. It marks a return to Berlin for the Italian actor, who sat on the jury in 1990 and wrote, directed and starred in The Tiger And The Snow, which screened there in 2006. Director Garrone also returns to Berlin after First Love played in Competition in 2004. Pinocchio has taken $16.5m in Italy since its December release.
Contact: HanWay Films

Dir. Yoon Sung-hyun
Yoon’s second film is set in a dystopian future in the aftermath of a severe financial crisis. Four men are left with no choice but to break the law in order to survive. The cast includes Lee Je-hoon and Park Jung-min, both from Bleak Night, and Choi Woo-sik, who played the son in Parasite. Yoon’s 2010 debut feature Bleak Night won several awards, including Busan’s New Currents prize.
Contact: Contents Panda 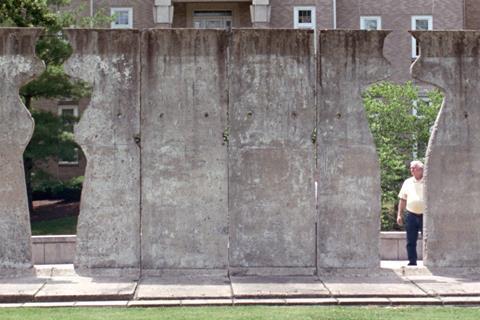 German film writer Cristina Nord’s first year in charge of the Berlinale’s Forum section also sees a new selection procedure, a refreshed committee and a theme of “Galloping between different eras”. This is well-represented by Chilean film The Tango Of The Widower And Its Distorting Mirror, which Raul Ruiz began shooting in 1967 before abandoning it when he went into exile in 1973. Valeria Sarmiento, Ruiz’s editor, co-director and widow, has reassembled the footage for its world premiere here.

There is solemnity: Jonathan Rescigno’s Strike Or Die looks at the effects of deindustrialisation in Forbach, France, 20 years after one of the country’s most violent strikes.

The chronology theme is appropriate for the section’s 50th anniversary: as well as the 35 films — of which 28 are world premieres — in the Forum, it will also replay the entire selection from the inaugural 1971 edition.

“A keen and open eye, the questioning of conventions and the often-dramatic transgressions of borders” — these are the qualities that Generation head Maryanne Redpath says unite the titles in the 2020 selection. They include 59 competition entries, of which 29 are world premieres and 11 come from debut filmmakers.

A Berlin native opens the 14plus teenager-focused section: Leonie Krippendorff’s second feature Cocoon (M-Appeal) came through the Berlinale Talents script station. It follows a youth from the city’s hip Kreuzberg district who experiences a series of firsts.

Director Massoud Bakhshi could not attend the Sundance world premiere of Yalda, A Night For Forgiveness (Pyramide International) due to tensions between the US and Iran; its inclusion here provides a chance for him to discuss the reality-TV drama with festival attendees.

Brazil has a strong presence across Generation, with world premieres of Luciana Mazeto and Vinicius Lopes’s road movie Sisters In The End Of The World (Irma) and Caru Alves de Souza’s My Name Is Baghdad (Reel Suspects), about a Sao Paulo skateboarder who shares her name with the Iraqi capital. Gil Baroni’s Alice Junior (Moro Filmes), about a transgender YouTuber who moves from Recife to a small — and small-minded — town, has its international premiere.

“A keen eye through life” is the theme for the Kplus selection for younger children. Contributors include Mongolia’s Byambasuren Davaa, an Oscar nominee in 2005 for The Story Of The Weeping Camel, who presents Veins Of The World about a young goat herder who dreams of making it on Mongolia’s Got Talent. School drama Cuties is the feature debut of buzzy French director Maïmouna Doucouré; while there is also space for established US director Alexandre Rockwell, who debuted at the Berlinale in 1982 and returns with Sweet Thing (UDI), about two children who escape the troubles of their alcoholic father through a new friendship.