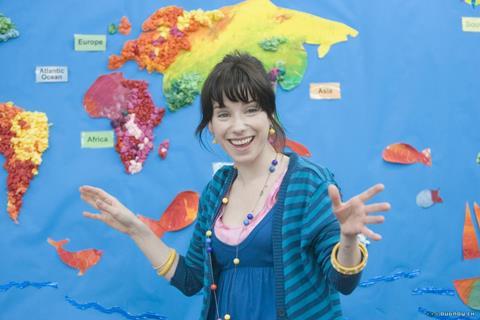 Mike Leigh has created more than his share of stressed and depressed characters, but his latest film takes on one of the toughest challenges in contemporary drama - creating a character who is genuinely happy. With its present-day realist setting making it closest to Secrets and Lies or CareerGirls, pithy comedy-drama Happy-Go-Lucky is in a lighter register than most Leigh films, but the content is as psychologically and dramatically rich as ever.

With its independent working heroine, the film could well win over some of the dedicated British romcom audience

His most likeable film, and certainly his most mainstream-friendly, Happy-Go-Lucky should display healthy box-office clout; with its independent working heroine, the film could well win over some of the dedicated British romcom audience, even capture some of the Bridget Jones market. Happy-Go-Lucky is certainly Leigh at his most exportable, and its assured touch will sustain his auteur cachet at festivals.

More than any Leigh film since Naked, the film focuses on one character: Poppy (Hawkins), an irrepressibly good-humoured London primary school teacher, who has a gift for making the most of life, whether it’s clubbing with her moody sister Suzy (O’Flynn) and flatmate Zoe (a nicely down-to-earth Zegerman), or researching bird life for the classroom.

While seemingly unable to take anything seriously, at work Poppy is committed and compassionate, and knows just how to intervene to help one of her young pupils - thereby hitting it off with simpatico social worker Tim (Roukin).

This being a Leigh film, life’s darker side is never far from the surface. It’s embodied largely by driving instructor Scott (Marsan, utterly compelling), a dour martinet armed with a bizarre set of teaching theories, who is profoundly unamused by Poppy’s bubbly garrulousness. Scott at first comes across as a buttoned-up eccentric, matched with Hawkins in droll scenes that echo a long tradition of driving-school humour in British TV comedy; but Marsan gradually unpacks Scott’s troubled psyche, leading up to a climax in which he and Poppy have a devastating face-off.

The film also touches a darker note in an (arguably incongruous) scene in which Poppy meets a disturbed homeless man (Stanley Townsend).

Shot on location around London and making very precise use of the Finsbury Park and Tufnell Park areas, Happy-Go-Lucky catches the mood of the capital as precisely as Leigh ever has, with Dick Pope’s photography providing a brisk, no-nonsense realist look. While Leigh doesn’t strike entirely new ground, the film’s gentler tone nevertheless expands his emotional palette rewardingly.

Shouldering much of the film, Sally Hawkins is unflaggingly watchable as a character who at first appears to have little complexity, but whose unsinkable inner strength makes her one of those souls, like the less worldly Vera Drake, that keep the world rolling. Someone you’d equally wish to hug and to throttle, Poppy is close as a Leigh character has come to the heroines of Eric Rohmer’s tales, notably The Green Ray. Among strong support players, Karina Fernandez contributes a priceless cameo as a flamenco teacher whose professional persona can’t quite hide her inner fury.

The film’s only real flaw is an overpoweringly lush and perky score by Gary Yershon.