How the British Film Commission supports international productions in the UK 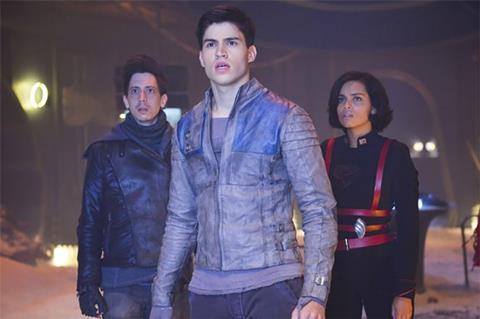 The UK’s regions and nations offer a wealth of opportunity for film and high-end TV productions, from diverse locations and world-class studios to award-winning local talent and dedicated infrastructures.

Each region has its own dedicated screen agency, which supports and facilitates production in its area, and are linked by the British Film Commission (BFC). The BFC not only helps incoming productions access regional agencies, but it also works proactively with overseas producers, executives and studios before an during production.

While that outreach work — which includes regular familiarisation trips for film, high-end TV and VFX — is primarily with key North American markets, the BFC is also working with the BFI and Department for International Trade to make inroads into emerging markets such as China.

“The UK’s film and TV landscape is so incredibly rich that knowing where to start might seem daunting,” says Iain Smith, producer and chairman of the BFC. “England, Wales, Scotland or Northern Ireland all have their own wellsprings of talent, their own specialisms and their own excellent resources. The BFC exists to help film and TV productions connect the dots and make the most of what the UK has to offer, whether this means excellent studio facilities, breathtaking location options or the world’s best VFX talent. We can offer expert advice from development to delivery, helping producers get the very best for their projects while accessing some of the industry’s most generous and reliable tax reliefs.”

The BFC helped support the production of Warner Horizon and DC Entertainment’s sci-fi show Krypton in Northern Ireland, which was the first production to shoot at the new Belfast Harbour Studios. “It couldn’t be better,” says Krypton producer Cameron Welsh of the experience. “No teething problems in terms of the facilities. And there’s great crews in NI, having had Game Of Thrones shoot there for so long. The industry is booming!”