In period psycho-drama The Lighthouse, Willem Dafoe stayed grounded by paying attention to the technical aspects of his role as a salty old sea dog. He tells Tim Grierson about his focus on performance as action. 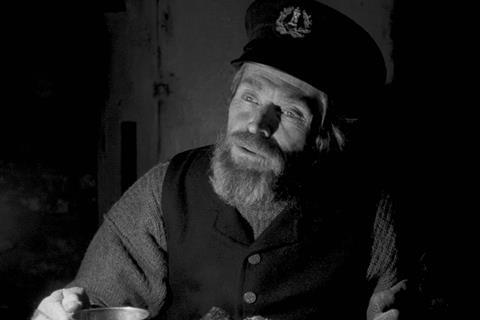 The Lighthouse can be read in many ways — as a study of male competition, as a portrait of madness, as a surreal workplace comedy — but for Willem Dafoe, the film was not about big ideas but, rather, simple execution.

“It always comes off wrong [when I say this], but we didn’t talk about anything,” Dafoe confesses over the phone from New York. “I talked very little with [director] Rob Eggers about motivation or psychology. It was all practical. It’s all about making ourselves avail­able to an experience — an experience that is going to be recorded. We prepared how it’s going to be recorded, and we set up the conditions under which that experience is going to happen — with period clothes, with certain weather conditions and with certain words.”

This 1890s psychological drama — in which Dafoe plays the bullying lighthouse keeper Thomas Wake, who slowly drives his young apprentice Ephraim Winslow (Robert Pattinson) insane during a miserable, storm-strewn winter — has been described as a potent cross-pollination of Bela Tarr and Harold Pinter. For the 64-year-old actor, fresh off consecutive Oscar nominations in The Florida Project and At Eternity’s Gate, The Lighthouse’s austere aesthetic and old-time maritime dialogue was an opportunity to give himself entirely over to Eggers’ exacting vision.

“He lives so much in these worlds,” Dafoe says of Eggers, who previously directed the 17th-century-set horror film The Witch (2015). “He lives so deeply in the past. I think that the things he’s interested in, his passion for them, goes so deep. He really believes that you can talk about our experiences now through these stories of the past.”

As such, Eggers presented Dafoe with plenty of archival research material. “He gave me lots of images of lighthouse keepers, fishermen, people that would be the kind of person that my character was,” says Dafoe, who constructed Thomas through those bits and pieces. He grew a fearsome, unkempt beard, learned to knit and developed a way to smoke a pipe properly for the film’s long takes.

“You’ve got to go over to a potbelly stove, open it up, get a cinder during your speech, light your pipe, and it’s got to be tapped the right way,” Dafoe explains of the film’s carefully choreographed scenes. “Otherwise, it won’t light well. You don’t want to be sucking on that pipe all through the speech. You’ve got to have it lit by a certain time and then you’ve got to smoke it.” He laughs. “It sounds simple enough, but that’s the stuff that’s challenging.”

Dafoe — who is also attracting awards buzz this year for his supporting role in Edward Norton-directed Motherless Brooklyn — honed his craft in the theatre as one of the founding members of the New York company The Wooster Group. This stage background saw him fully prepared when Eggers had him and Pattinson spend about a week rehearsing, mostly so they could perfect the blocking and camera placement for every scene.

“That kind of precision, that kind of restriction, can be a liberation,” says Dafoe. “Once you have a structure, and once you have a certain kind of confidence and certainty of a form, then how you inhabit that form can be very free.”

Dafoe’s devotion to rehearsal and precise blocking ran counter to his co-star’s — Pattinson found the approach antithetical to his more spontaneous acting style. The two actors’ techniques clashed on the set, although he and Pattinson never did — Dafoe suggests the script provided all the tension between the characters that he and his doubles partner needed.

“Our roles in the movie are quite different,” says Dafoe. “You see the world through [Winslow] — he’s less loquacious, he’s more interior, he’s more psychological. When he speaks, it’s more prose. I’m the opposite of all those things. It was nothing we had to invent.”

Indeed, Thomas is taken to pontificating, requiring Dafoe to break down his character’s several fiery speeches, which were inspired by the writings of 19th-century authors such as Herman Melville. “It’s very poetic language — there are lots of images there,” Dafoe says admiringly. “It’s got a very strong music; it’s got a very strong rhythm. You have to honour that rhythm and that music, because it really becomes the key to the images. But they have to work in the context of a scene and not levitate out and become these little performance shows.”

The Lighthouse’s mano-a-mano battle escalates quickly into drunken shouting matches and, eventually, violence. Even then, Dafoe resisted the temptation to interpret his character’s actions. Capturing the moment is all that matters to him.

“I think there’s a common thought that performing is about interpreting, but I don’t buy that,” he says. “We don’t always know why we do things. And if you point [to a meaning] too much, then you’re outside of the action, and it’s an unfair relationship to the audience. They should be experiencing it through you. You shouldn’t be telling them things, you should be showing them things.”

Leave the intellectual analysis to others: Dafoe just wants to be sure the damn thing works. “[The film] is a very well-designed and built mousetrap,” he says with obvious pride. Then with a laugh, he adds, “And they caught two mice.”