“Like jumping off a cliff without a parachute”: Alejandro Landes talks Colombian Oscar contender ‘Monos’

With Monos, Alejandro Landes has created an immersive story of adolescent soldiers in an unnamed Latin American country. He tells why the isolated locations weren’t the only challenges he faced in bringing his vision to the screen.

When Screen speaks to Alejandro Landes, his third film Monos had just played in official competition at BFI London Film Festival, where it went on to win best film. That was just the latest in a number of plaudits that the feature has picked up since making its debut at Sundance back in January — not least its selection as Colombia’s official entry into the international feature film category for the 2020 Academy Awards.

Born in Brazil to a Colombian mother and Ecuadorian father, Landes is clearly pleased Monos —which centres on a group of adolescent guerrilla soldiers fighting for an unknown cause in an unnamed Latin American country — has struck such a chord. Yet the road to making the film was as arduous as the on-screen journey taken by its young protagonists — tasked with looking after a US hostage played by Julianne Nicholson — who navigate isolated mountaintops and deadly jungle swamps in a nightmarish fight for survival.

“Generally in Latin America, when you want to make a film, you have to go to the usual — and relatively small — film funds available to you there or in Europe,” says Landes. “But those are not designed to make this sort of war film, and this is also not a film designed to be financed by Hollywood. So we basically passed around a hat. I think we had about half the budget when we started shooting; it was like jumping off a cliff without a parachute.” 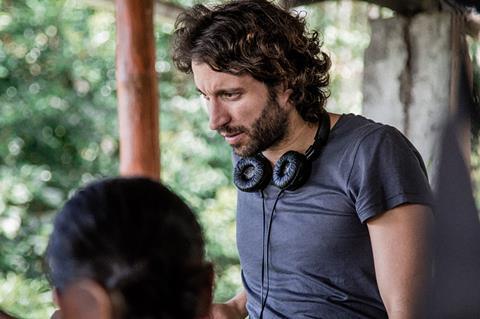 Produced by Fernando Epstein and Santiago Zapata, Monos ended up being an international co-production between Stela Cine, Pando Producciones and EFD Colombia (all Colombia), Lemming Film (Netherlands), Campo Cine (Argentina), Pandora Filmproduktion (Germany), Snowglobe (Denmark), Film i Väst (Sweden), Mutante Cine (Uruguay) and Bord Cadre Films (Switzerland), with support from a variety of institutions including Netherlands Film Fund, Cine Argentino and World Cinema Fund. (It has been released in the UK by Picturehouse, and by Neon in the US; Le Pacte handles international sales.) With numerous backers come numerous opinions, however, and Landes is upfront about the fact the uncompromising nature of Monos proved a hurdle, particularly when it came to its commercial prospects.

“The film has a lot of [unsafe] bets,” he says. “The theme. The mise-en-scene. The multiple points of view as opposed to the classical hero narrative. Because I had to go and knock on so many doors, [the people behind] those doors had the right to give me their opinion. That was interesting; I like to feed off different ideas. Fortunately, the film that’s up there is the film that I set out to make.”

Monos has always been a personal endeavour for Landes, who previously explored themes of individuals confronting life-changing situations in his 2007 documentary Cocalero and 2011 feature Porfirio. For the director, who co-wrote the screenplay with Alexis Dos Santos, it was about framing recognisable personal struggles within the context of an ambiguous external battle. 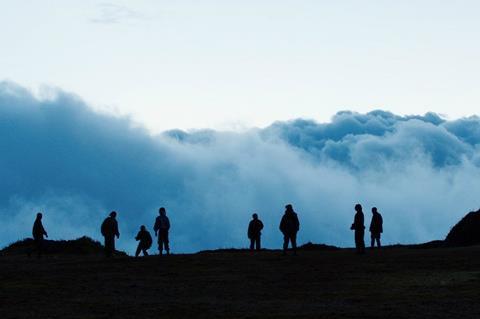 “You have two kinds of conflicts,” he says of the narrative. “One is adolescence. That desire to belong, but also to be alone. The metamorphosis of the body, the intensity of first love and heartbreak, and the dynamics of power that you could see in a schoolyard. The exterior conflict is, I think, indicative of the perpetual cycle of war in which we live. Syria, Iraq, Afghanistan: fractured wars fought from the shadows, where the uniforms aren’t clear, nor is the notion of what winning really means.

“We feel comfortable telling ourselves that war has historical structure because then there’s a reason to fight,” continues Landes. “That’s why moviegoers still like the old romantic Second World War films where you have a notion of good and evil. Monos purposefully creates an ideological vacuum. You latch on to the humanity of the fighters because you can’t latch on to what they are fighting for.”

Key to the successful translation of these complex themes is the film’s cast which, apart from US star Nicholson (August: Osage County) and Moises Arias (Pitch Perfect 3) as wannabe leader Bigfoot, is made up of young newcomers. After seeing more than 800 children throughout Colombia, Landes sent a shortlist of 25 to a boot camp, which combined acting classes with a variety of physical exercises.

Far more important, however, was creating a genuine bond between the actors. “They spent five weeks together before shooting,” says the director. “We forced them to sleep in the same place, wake up at the same time, eat at the same time. That’s what helped me bring it down from 25 to eight, because I could see where there could be chemistry, where there could be tension. It was only by getting to know them that I was going to be able to bring them to this emotional state of acting.”

As well as coaxing naturalistic performances from his actors, Landes worked hard to get the heightened visual elements of the film exactly as he wanted — a particular challenge, given the inhospitable locations, which included a 4,000-metre peak exposed to the elements, with no mobile phone reception to speak of. 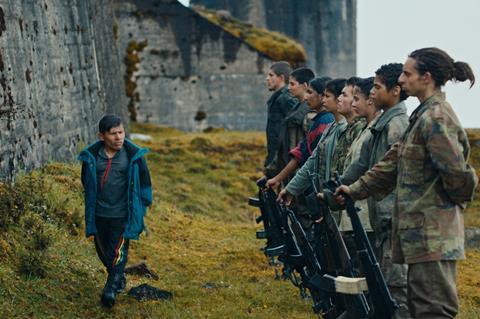 “There was no life outside of Monos,” he laughs. “Everyone was kidnapped by the production itself. That helped to create an insular world, where the locations really started to speak to us. You go from being enveloped in cloud to bright equatorial sun to torrential rain in two, three hours. It really forced me to do what any filmmaker should, which is not only project what you’ve written on a piece of paper, but look at what’s happening in front of you. Try to find magic in the present moment.

“The mountain was a gift,” he adds. “You start at the top; you have a sense of where you are, of scale. But once you start winding down the mountain, and end up in these torrents under the jungle canopy, you lose the sense of perspective. The point of view starts fragmenting, the sense of who you are starts becoming distorted.”

It is an experience designed to be shared by the viewer, thanks to the film’s immersive visual and aural landscape. As cinematography from Jasper Wolf constricts from the vast horizons at altitude to the claustrophobic anonymity of the jungle, so the score by Mica Levi (Under The Skin, Jackie), together with sound design from Lena Esquenazi and Javier Umpierrez, aims to speak to characters in psychological turmoil.

“It was very important to respect the temporal nature of the film,” says Landes. “With colour, we took the physical world to the point of the fantastic without jumping off the end. With the score, we juxtaposed elemental sounds, like blowing into a bottle, with string quartets and synthesised sounds that could come out of a Berlin nightclub. There’s only 22 minutes of music in the entire film but when it comes, it comes on strong. We’re playing with that idea in the film in general — the minimal and the monumental.”