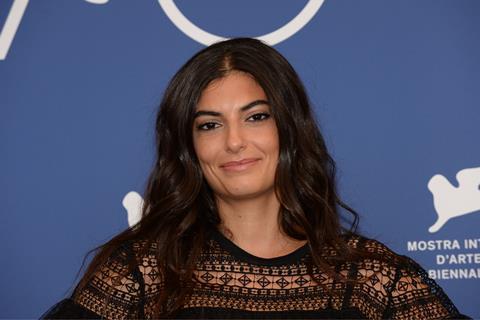 Arab independent cinema stalwarts Nadine Labaki and Saleh Bakri co-star as former political activists who escape the pollution and corruption of Beirut with their daughters, building an eco-conscious, self-sufficient life in the hills above the city. Their utopian dreams are shattered, however, by the construction of a huge landfill on land bordering their property.

The fact the film got made and is now touring the international festival circuit is little short of a miracle. Akl and her producer Myriam Sassine at Abbout Productions were in the middle of a pre-production meeting at the company’s offices in Beirut’s downtown Gemmayze neighbourhood when they were blown off their chairs by the devastating ammonium nitrate blast of August 4, which killed 218 people and left thousands injured.

“In a split second, I went from brainstorming with Myriam on creative ideas for the green shoot to looking for Myriam under the table to see if she was alive,” recounts Akl. “We didn’t talk about the film again for another two months. We were grieving for our home. Every corner of the city where I grew up, where I had my first love, where I went to school, had changed and didn’t look like it had before. It was filled with scars and memories of dead bodies, broken homes and abandoned dreams.

“I felt like I was slowly dying and that they had taken the best out of me,” she continues. “But at the same time, as the PTSD (post-traumatic stress disorder) started kicking in so did my survival instincts. I was like, I have to make this film – if not, I’ve lost everything.”

Akl and Sassine brought the cast and crew back together in October to ascertain how everyone was feeling, and whether people felt ready to move forward with the shoot. Not everyone was ready, it turned out.

“One person said, ‘I want to do the film but I need an extra month to fix my house.’ Another said, ‘My dreams of the civil war have started kicking in again and I’m having nightmares. I should make this film, but I’m stepping out’,” recounts Akl. 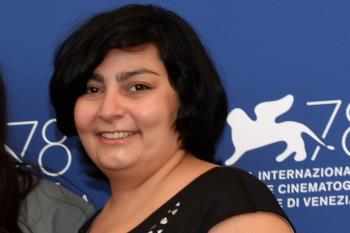 Sassine, who was still in shock and battling her own PSTD demons, forced herself back into action to deal with the myriad new challenges.

Lebanon had already been in the grip of an economic and political crisis prior to the blast, and the added pressure of the Covid-19 pandemic and the devastation caused by the explosion further exacerbated the situation.

“The obstacles we faced making this film were not really creative ones but basic ones like losing half the budget because the money was in the bank and the accounts were frozen while the value of the Lebanese livre collapsed,” says Sassine.

“This is why we have five co-producers and three backers,” she adds with a wry laugh.

Alongside long-committed partners Cinema Defacto in France, Snowglobe in Denmark, Fox in the Snow in Sweden, Barentsfilm in Norway and Boo Pictures in the US, the production was also joined by Spain’s Lastor Media in late 2020.

At the eleventh hour, Participant also boarded the project via Endeavor Content, helping them to close a gap in the budget. Their involvement came about through a virtual meeting with Endeavor Content’s London-based associate Harriet Harper-Jones during the Tribeca Film Institute’s TFI Network film market in 2020, which was pushed online due to the pandemic.

“We were supposed to go to New York but ended up meeting everyone virtually instead,” recalls Sassine. “We had a 20-minute meeting with Harriet who asked for the script. She knew we were lacking money. Most of the European money had to be spent in Europe, but the production part was not covered.

“She connected us with Participant. They liked the script, Mounia’s profile and the premise which fitted with their own engagement around the environment. They came on board towards the end of the shoot and have been very present in the process of editing. They were very helpful – not just financial partners but creative partners as well.”

While Sassine was reconfiguring the finance plan, Akl felt compelled to rework her screenplay. The premise for the film was originally inspired by the Lebanese garbage crisis of 2014, during which rubbish piled up in the streets of Beirut – an event Akl first explored in her award-winning short film Submarine.

“When I first wrote the script it was set in this dystopian future, in 2030, a little bit like Submarine, where the country was drowning in an environmental disaster as the result of corruption,” she explains. “But as we moved forward with the project, reality started catching up with us and the reality of Lebanon today is worse than anything I could have imagined in 2030. I cancelled the future element to set it in the present day.”

Despite the challenges of the blast and Covid-19, Akl and Sassine managed to stay true to their early desire to make the production as green and sustainable as possible.

“It was very important that the shoot respected the environmental themes of the film. We once accidentally destroyed a tree and planted another 10 to replace it,” says Sassine, who devised protocols based on existing European protocols but adapted to what is possible in Lebanon – which she hopes can serve as a blueprint for independent feature productions across the Arab world. 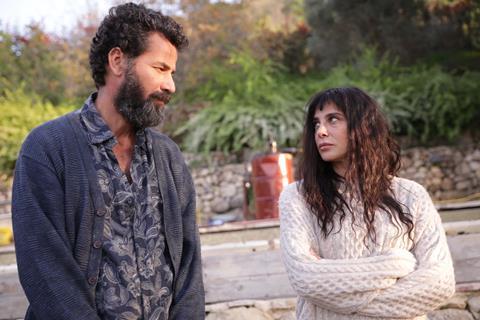 “Calculating exact C02 emissions wasn’t an option for us, we don’t have access to that sort of data, but we talked to environmental activists in Lebanon to figure out how to reduce waste and offset our footprint. It created a difference on set and an awareness among the team. It shows that even with limited resources you can make small changes that can have an impact.”

The production finally shot in November and December 2020 with the entire cast and crew returning. Akl suggests it was a sort of healing process for many of those on set.

“The only moment that saved me from processing that I almost died in this explosion and that the city was gone was between [saying] ‘action’ and ‘cut’. These were the best moments of the day for all of us. We were together, making something together. All the smiles, all the magic rose to the surface when we were just telling the story,” she recounts.

“I always remember this film as an opportunity, a privilege I had to heal through art. As a director, I’m very self-critical. Would it have been a better film if I had not been in that state of mind? Maybe, but the fact I was able to do what I was able to with this team under these circumstances is a bigger achievement than anything.”