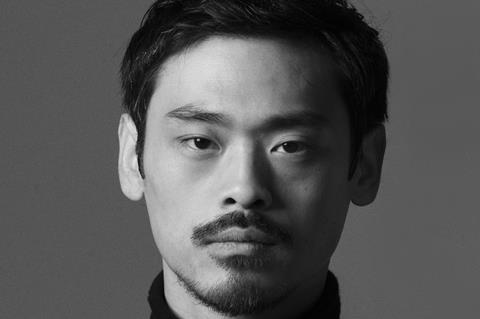 It is a theme he tackled in his short Xiao Xian, nominated for a Goya in 2020, and now in his debut feature, San Dai Shi Guang [Tres edades, in its Spanish title; Three Ages in English].

Originally destined to study medicine, Jiajie Yu Yan was cast in a commercial, an experience that made him change course and take up audiovisual studies at Blanquerna University in Barcelona. He followed this by earning a Masters degree in writing and directing at the film school Bande À Part, also in Barcelona; and further studies of cinematography at the EFTI school in Madrid.

He made several award-winning short films including Aliens and Xiao Xian which were both selected for the Malaga Film Festival in 2016 and 2019 respectively and the latter also received a Goya nomination for best short film in 2020.

He credits cinema with showing him who he was.

“I am the son of Chinese parents, born in Spain, and like many other second-generation children, I have gone through a stage of denying or ignoring my Chinese heritage with the idea of being 100% Spanish. A kind of identity crisis,” he says.

“It was the films of auteurs such as Jia Zhangke, Hou Hsiao-Hsien and Tsai Ming Liang that changed my way of thinking. I connected not only with the themes of their films but their style too. It was cinema that reconciled me with part of myself and my cultural background. My short Xiao Xian addressed this feeling, the idea of a person brought up in the context of two different cultures.”

This is a subject matter he wants to explore further with San Dai Shi Guang, his first feature screenplay that he is writing as part of the residency programme of the Spanish Film Academy with mentors Coral Cruz and writer-director Carla Simon.

It is the story of a boy who emigrates to Spain from China who is seen at three different moments of his life, aged seven, as a teenager, and as a young adult.

“The film focuses on the personal growth of the character, bridging generations and the ties he has to build and rebuild with his family, particularly his mother,” the young filmmaker explains.

He is exploring the same themes in a TV series he is developing with Morena Films that has a working title of The Year Of The Rat.

“This is something Spanish cinema really hasn’t dealt with, the idea of characters that are Spanish in the way they talk and behave, but look Chinese. People comment on how well I speak Spanish or Catalan and I say, ‘Well, of course, I was born and brought up here,” he smiles.