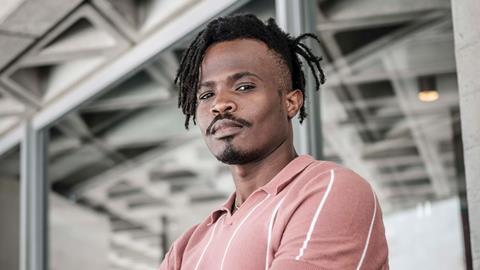 Nigeria-born, UK-based cinematographer Olan Collardy has built an eclectic portfolio behind the camera across narrative, commercials and music videos, collaborating with directors including fellow 2021 Star of Tomorrow Raine Allen-Miller and Bafta-nominated Akinola Davies Jr, and with brands such as Samsung, Adidas and Calvin Klein. He has also lensed shorts including Abraham Adeyemi’s No More Wings, which won best narrative short at Tribeca in 2020, and Nadia Latif’s They Heard Him Shout Allahu Akbar, part of Film4’s Foresight series.

But Collardy’s early dreams were not about having a career in film. Moving to the UK from Nigeria at the age of 15, he obtained a degree in computer science at University College London, which led to a graduate scheme at Lehman Brothers and, eventually, a high-flying finance career.

“In around 2010, when I was at Goldman Sachs, I decided to buy a camera,” he recalls. “This was when DSLRs came out, and you could get your hands on a piece of technology that allowed you to share a bit of your life through image-making.”

Collardy quit his day job and threw himself into this hobby. “And then,” he smiles, “it snowballed.”

With no formal training to fall back on, Collardy discovered a talent for working with light and images — something he attributes to a Nigerian childhood spent drawing and making music. “I tie it back to my younger years, all those facets of image-making, music, design that are the core structures of filmmaking,” he says. “When I look through the viewfinder of the camera, it’s an amalgamation of all those things in one medium. It’s a reconnection with my younger self.”

Now a father to two young children, Collardy this year shot his first feature, an untitled comedy about life as a 20-something in London, which reunites him with Allen-Miller and is produced by Searchlight Films, the BFI and BBC Film. “Film is where my heart is,” he says. “I just love to tell human stories.”