With her new film Out Of Blue recently premiered at Toronto and then screening at the BFI London Film Festival, director Carol Morley sat down with Star of Tomorrow 2018 Anna Blandford to chat about influences, rituals and sources for stories. 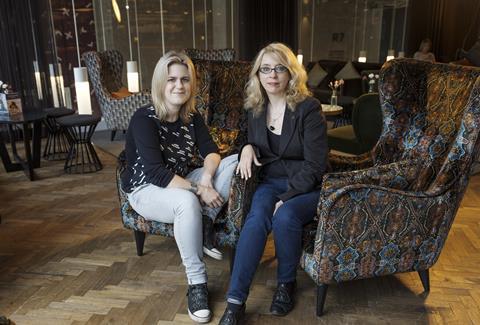 Anna Blandford: I see you as someone who has consistently made films that are open, that don’t lead to easy answers. It’s really important to me to make films that are ambiguous in some way, that are not didactic. Did you find it tricky to keep that identity with financiers?

Carol Morley: There may be people along the way who say, “You’ll have a better chance of making this if you did x, y and z.” [But] if you’re going to have any longevity as a filmmaker, and later on feel you have a body of work you can stand by, you follow your instinct and passion. For me it’s a vocation, it’s not a job or a career. When you’re talking to possible financiers, sometimes they want a defined set of terms and I’m always cautious of that. So I’m very specific about the non-specifics. I say, “This film is very open-ended and this is why.” I explain why it would diminish it to close it down, why it would diminish it to give easy answers.

Dreams Of A Life was incredibly difficult to get financed and was a real challenge. Then, when I wanted to do The Falling, there was a general feeling I made documentary features. I said, “No, I want to tell stories and I find the best way to tell that story.” And then after I made The Falling it was, “But you make British films.” And I said, “But I want to make this film.” People are more comfortable with defining exactly what you are, which is why I don’t like being a flashy director and I don’t like to over-emphasise the style of a film. For me, style should be implicit in the story.

It’s interesting what you said about a career. Have you ever had a grand design?

A story materialises one way or another and I have to tell it. If I have to crowdfund a feature in the future, I will go and do that. 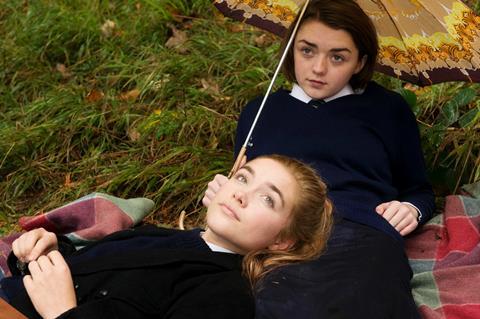 What are the sources for your stories?

It’s sometimes accidental. When I made [documentary] The Alcohol Years in 2000, it became as though I’d lived my whole life to make that film. It felt like an inevitability. But I wouldn’t make that film now, or have thought that before then. I’m constantly open to things. With Dreams Of A Life, I picked up [tabloid newspaper] The Sun on the Underground and read that story about Joyce. Out Of Blue, my next film, is based on the novel Night Train by Martin Amis. Luc Roeg [of Independent], who me and [producer] Cairo Cannon had worked with before, showed me the book as his dad [Nicolas Roeg] had wanted to make it into a film 15 years before. I read it and thought, “I want to tell this story.” With the Audrey Amiss film [Pirate King, about a promising Royal Academy student and her mental-heath struggles], which will be my next film, that was through the [screenwriting] fellowship I have with the Wellcome Trust. I came across her diaries. Sometimes it’s a feeling of dread, as you’re, like, “Oh my god, I’m taken, that’s it.”

You are a very distinctive director, visually.

I have film references but they become ultimately how you communicate the film you’re going to make. With Agnes Godard, my cinematographer on The Falling, we watched Picnic At Hanging Rock together but when we first met I said to her, “I want it to feel as if we’ve just found this film in a cupboard and we didn’t make it”. And it was really freeing. You’re not referencing some other filmmaking and thinking you want this shot to look like Taxi Driver.

Do you conceive a visual style for the film yourself, and then evolve that with the DoP?

I keep a scrapbook of visual images from anywhere, some quotes. Through that I tend to get a colour palette that feels right. Once the film’s off, [the scrapbook] gets digitised and sent to every head of department. I take the hard copy when I meet the cinematographer and the production designer. It’s a great way of building a rapport really quickly. I do soundtracks as well.

I’m interested in your writing practice, as your short films are much more formal in terms of approach. How did you learn to write fiction for feature films?

One of the ways I learned to write screenplays was through getting all the textbooks. It’s good to understand the terminology that is bandied about. The three-act structure, the mid point, the pinch. I don’t write until I know my structure, as I’ll get too caught up in the structure. I do it on index cards and spend about six months on the cards and writing them up into an outline, just for myself, no one will ever see it. Then I’ll write a treatment, just for myself, like a long narrative but it’s personal to me. I don’t let anyone see it, apart from my script editor Kathryn Castles and Cairo Cannon. I’m quite formal and strict with myself. Also when you start to write using Final Draft, it looks like it’s done right away. It gives it a polish. That’s a danger, so I use my awful handwriting on cards.

I had got a bit lost with my writing so I’m doing an MA in screenwriting.

For me, the screenwriting part is the hardest part. It takes a long time. If you write a piece of fiction it exists in the form it’s always going to be. You can put it in a drawer and in 10 years’ time it’s going to be there. But when you write a screenplay, it’s not finished until it’s a film. So you can write stuff that doesn’t get produced but then it doesn’t exist, which I find terribly hard. Sometimes I think I’ll be open to directing [other people’s screenplays] but I don’t get sent a lot of stuff, and when I do I don’t want to do it. It might be different if someone came to me and said, “This is fully financed,” but generally things come to me and they’re not financed and what they’re looking for is to attach a director and for me to do the meetings. 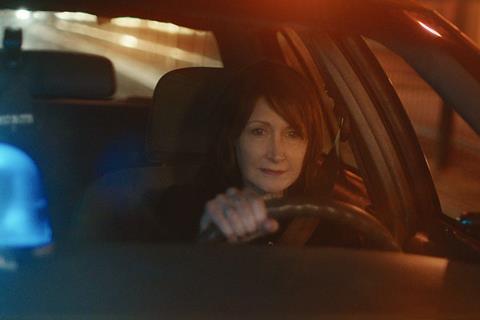 Do you have a ritual for the first day of shooting to set the tone for cast and crew?

You want everyone to feel they’re on the journey with you. On Out Of Blue I gave everyone a little vial of blue glitter that said, “We are all stardust.” They have probably been on more sets than me so I try and impact a sense of how important it is, what’s gone into it, and how we are bringing something into the world that doesn’t exist yet. You want them to feel it’s not just another job. I also plan, plan, plan, and then I’ll change it when I’m on set. You don’t want everyone to get too comfortable.

I’m interested in the idea of female representation in your films. It feels like there are a lot of men making films about the female experience right now.

What I noticed when the screenplay of Out Of Blue was being read [by potential financiers], was the questions about Mike [Hoolihan, the lead character played by Patricia Clarkson]. “Can we connect with her enough? Are we emotionally attached to her enough?” I don’t think you’d get asked these things about a male character. Because male characters can be unknowable and they can be unlikeable, in a way that a female character can’t be. I find that really fascinating. In order for a female character to engage with an audience, they have to be likeable or have an air of likeability. Does anyone know themselves? When I make something, it’s definitely an exploration of what it is to be human. I’m very interested in the female experience because I think that hasn’t been as explored.

Yes and it’s always about why there aren’t more female directors and I say, “I’ve made a film and I’d love to talk about it.” Instead of asking women or anyone who is marginalised, “Why are you being excluded?”, you should ask studios, financiers, sales agents, distributors, exhibitors. Basically the film industry. They should answer. As [critic] Joe Queenan once said [in exasperated reference to good reviews for Knocked Up], “Women should start their own film industry. This one isn’t working.” Don’t suggest we go and direct Bond or bloody Superman. We probably want to tell our own stories. I am a feminist and my films are testament to that, but I’m not going to talk about exclusion when what I want to talk about is my film. I am not sure how much the industry is really changing because you will still be told constantly you can’t make a film with an older woman in it, that some 20 year old has to have some VFX as they don’t fit the acceptable idea of beauty. The best thing to do is to talk to a director, who is a woman, about her work — and do not treat them as a niche.