As the UK industry eyes the end of the controversial Virtual Print Fee, Geoffrey Macnab looks at how well it has worked, and asks whether it has adversely affected foreign-language and specialist film distribution 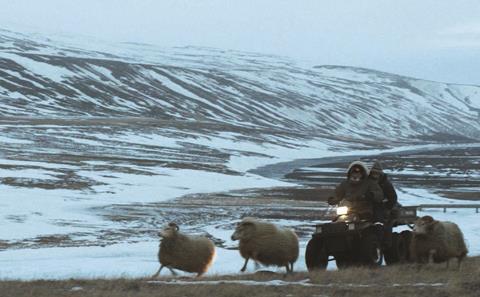 The Virtual Print Fee (VPF) is one of the most polarising and contentious initiatives in recent UK film history. It is the financial contribution paid by distributors towards the digitisation of cinemas. Depending on to whom you talk, it has either worked exactly as hoped, enabling the wholesale conversion of 3,700 UK screens from 35mm to digital technology, or it has been an exercise in grand larceny — a mechanism that has forced UK indie distributors to enter into nebulous deals to pick up costs they should never have been charged.

“Of all the options on the table, [the VPF] was the best,” claims Phil Clapp, chief executive of exhibitors’ organisation UK Cinema Association. “It has done the job it needed to.”

The transition to digital technology has been a fundamental shift, as big in its way as the conversion to sound. But although the cinemas are now digitised and much of the equipment is paid for, there is still widespread uncertainty about when the VPFs will end.

“Exhibition and distribution love to have a good scrap over anything and this [VPF] was absolutely perfect,” says Peter Buckingham, the former distribution executive at FilmFour and then the UK Film Council, of the initial discussions around digitisation in which he was involved a decade or so ago.

Buckingham notes a key point. “The VPF was designed by multiplex or mainstream first-run operators in negotiation with the studios to finance a switch from analogue to digital, based on mass releases.”

What had not been fully considered was the impact of the VPF on independent distributors. By the time the UK industry realised there was a problem, the main decisions were already made.

“Independent distributors have disproportionately borne the brunt of the cost of digitisation at huge cost to them,” says Laurence Gornall, CEO of The Works film group.

It is four years since the Film Policy Review’s 2012 independent report ‘A Future For British Film’ called on “studios, third-party consolidators and exhibitors to find a new VPF model that puts the independent distributor in an economic position which is as good as or better than the 35mm model”.

It is two years since the 2014 follow-up report, ‘It’s Still About The Audience’, acknowledged its disappointment that no such model had been established. That report called on the BFI to set up a task force “to pursue a cross-estates ‘Widest Point of Release’ (WPR) model as a starting point in its negotiations with the third-party consolidators, as well as a waiver for films with a WPR of 99 ‘prints’ or less”.

The BFI confirms it has been involved in the VPF taskforce meetings with the Department for Culture, Media & Sport, the FDA and the distributors. As the VPF enters its final phase, it is clear no practical moves have yet to be taken to ensure independent distributors are in as good an economic position as when the 35mm model was still in place. But revising the VPF deals would have been a highly painstaking process.

“There was no obvious route through which the BFI could set in and seek to unpick what had been very lengthy and detailed commercial negotiations,” says Clapp.

The 2014 report called for “transparency regarding the end of the recoupment period” but that hasn’t been achieved on any industry-wide level. Some distributors feel the non-disclosure agreements have been used to stop any meaningful scrutiny of the terms of the deals. “The trouble with all of this is that it is smoke and mirrors,” complains one distributor, who, like many of the distributors Screen contacted for this piece, would only talk on the condition of anonymity,
sensitive to the delicate relations between distributors and exhibitors in the UK.

Since the VPFs were started, the number of films released in the UK has increased sharply — one reason why distributors feel that their life span might have been shortened.

“The quantum of supply has doubled in that period, from 400 to 800 roughly,” notes Mark Batey, chief executive of the Film Distributors’ Association (FDA). “The number of turns of the projector, the number of different files and pieces of content turning over has increased to that extent as well. This means these payments have increased. The money in has been more and quicker than forecast.”

The idea behind the VPF was a third party, or integrator, paid up front for the equipment, and then recouped the cost of the equipment over time, through payments from distributors (which pay the majority of the cost) and exhibitors. Deals were struck for a period of eight to 10 years, from the date of installation — or until the equipment was paid off.

The main integrators in the UK include Arts Alliance Media (AAM), DCinex and Sony. There are two kinds of deals which distributors have been asked to sign. The bigger companies have struck “long-term agreements” (providing lower VPF rates). The independents have tended to strike less favourable “Free Rider” VPF agreements on a release-by-release basis.

This is clearly a lucrative business. Private investment company Triple Point, which works closely with Odeon on the VPF, reported in August 2012 it had earned $16.8m (£10.8m) “from the realisation of the Company’s investments in companies providing digital projection services to the Odeon Cinema chain.”

The integrators claim they have other costs related to the scheme still to recoup. They won’t specify what these costs are because terms of their deals are confidential. Picturehouse Cinemas recently announced the end of its VPF, but was quickly made to clarify there were still outstanding costs integrator AAM had yet to recoup and the VPF would continue.

Nor is it clear who will pay for future upgrades and enhancement of cinema’s digital facilities. Indeed, exhibitors are hinting strongly they will still want some help from their distributor partners.

“There will be an expectation on behalf of cinema exhibitors that there will be some give from our colleagues in distribution. How that manifests itself is a subject of discussion,” says Clapp.

For their part, independent distributors profess bemusement that the exhibitors might continue to look to them to underwrite their businesses. “[The VPFs] performed a good function to kickstart the digital changeover but I see exhibitors having to handle the inevitable upgrade costs in the future,” says Curzon Artificial Eye CEO Philip Knatchbull.

“The VPF is the most extraordinarily favourable deal for exhibitors that has ever been struck,” says one independent distributor. “UK exhibitors keep more of the box office than any other exhibitors in the world. They’re also charging distributors to pay for the digital renovation of the cinemas. It is an extraordinary situation. As a distributor, we’re getting less back than any other country. If they’re upgrading their seats or their foyers, we don’t pay for that.”

The counter-argument from exhibitors is they contributed heavily to the digital switchover themselves, picking up installation and maintenance costs. They point out once the VPF has run its course, the UK distribution arms of the US studios in particular will benefit from huge cost savings.

“[The US studios] are sitting on a perhaps unfair windfall,” one exhibitor states. This is little consolation for independent UK distributors. An indie distributor with a small release, in a cinema for one to two weeks, will often have to pay the same VPF as a Hollywood release that might play for six to eight weeks.

Indeed, several independent cinema chains (including Picturehouse and Curzon) don’t charge VPFs on all their screens.

But even though cinemas do appear more cautious than ever to book foreign-language films some releases are able to buck the trend. In February, Soda Films’ Icelandic comedy drama Rams opened on 20 screens throughout the UK, mostly split show times, and did well enough to expand to 26 cinemas in week two, and then 30 in week three. The box office went up the second weekend, and was just 2% down the third. Rams is expected to crack $286,000 (£200,000) — only seven foreign-language films managed that in the UK last year, excluding Bollywood titles.

Tim Richards, CEO of Vue Entertainment, argues that the increasingly mainstream programming of these independent cinemas is the real reason why specialist movies are being squeezed out of UK screens.

“The majority of art houses are playing first-run movies when 10 years ago, in the analogue world, they were not,” Richards states. “In the analogue world, the art houses were focused on arthouse and specialised film. When they converted to digital they realised they could get first-run films. That has eroded business for the multiplex operators. They’re playing the same films that the larger, more commercial operators are playing.”

Eventually, the VPF will run its course. Distributors (including the independents) are then likely to experience the benefits of a digital marketplace. But independent distributors will be resistant to any proposals that they pick up further costs for upgrades of digital facilities. As they see it, they’ve been bitten once and wary of it happening again.