ADFF to present 197 films from 61 countries. 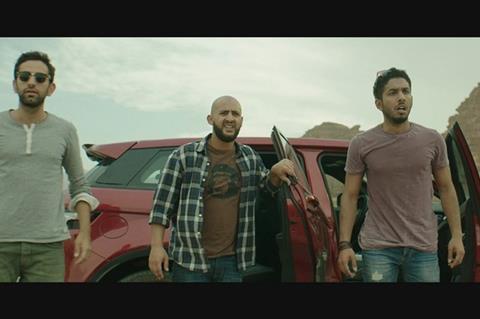 The 2014 Abu Dhabi Film Festival (ADFF), backed by twofour54, will present nine feature world premieres, eight of them from the Arab world. The short film sections will host 48 world premieres.

The festival will open with Ali Mostafa’s From A to B [pictured], and festival director Ali Al-Jabri said: “It is the first time in the festival’s history that we opening with an Emirati film and we ares very proud about this landmark event.”

The festival runs October 23 to November 1 and presents 197 films from 61 countries.

For the second year, the festival host the Child Protection Award organised with the Child Protection Centre of the Ministry of Interior, to spotlight films that raise awareness about abused or neglected children. Films competing for that prize include Zerensenay Mehari’s Difret, Albert Shin’s In Her Place, and Cyprien Vial’s Young Tiger.

The Showcase section includes films such as ‘71, A Pigeon Sat on a Branch Reflecting on Existence, Winter Sleep, Big Hero 6 (the festival’s closing film), Miss Julie, Trash, The Homesman and In Order of Disappearance.

Al-Jabri said: “I am excited about the broad variety in terms of topics and genres we can present in the festival. We have impor- tant films here, films of pure entertainment and joy, films that raise relevant social questions and some that stretch the boundaries of the art of cinema itself.”

99 HOMES directed by Ramin Bahrani (US)

NOBI (FIRES ON THE PLAIN) directed by Shin’ya Tsukamoto (Japan)

THE DROP directed by Michaël R. Roskam (US)

FROM A TO B directed by Ali Mostafa (UAE) [WP, opening film]

IN HER PLACE directed by Albert Shin (Canada, South Korea)

THE SILENCE OF THE SHEPHERD directed by Raad Mushatat (Iraq) [WP]

WHIPLASH directed by Damien Chazelle (US)

DIOR AND I directed by Frédéric Tcheng (France)

POINT AND SHOOT directed by Marshall Curry (US)