James Brown biopic Get On Up to open Zurich Film Festival 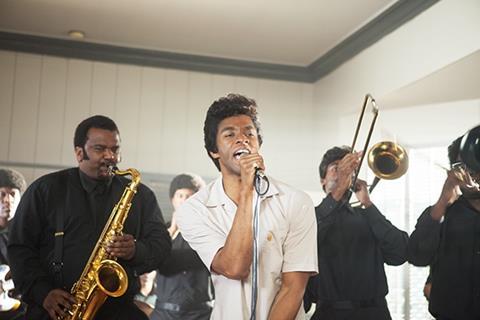 The Zurich Film Festival (Sept 25 - Oct 5) is to open its 10th edition with James Brown biopic Get On Up on Sept 25, a day before its release in Switzerland.

Director Tate Taylor and star Chadwick Boseman will be in Zurich to attend the premiere.

Taylor previously walked Zurich’s green carpet with The Help, which closed Zurich in 2011 and went on to win an Oscar for supporting actress Octavia Spencer.

Get On Up follows James Brown’s rise from extreme poverty to his status as the Godfather of Soul. The musician, who died in 2006 aged 73, is best known for songs such as Papa’s Got a Brand New Bag , I Got You (I Feel Good) and Get Up (I Feel Like Being a) Sex Machine.

Get On Up was released in North America by Universal on Aug 1 and has since taken nearly $30m.