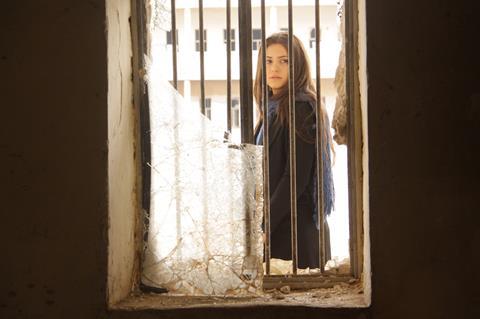 In the audience awards, best of the fest went to honoree Stanley Nelson’s The Black Panthers: Vanguard Of The Revolution; best narrative feature went to Anywhere Else by Ester Amrami; best documentary feature went to Marc Silver’s 3 ½ Minutes and best indie was Proud Citizen by Thomas Southerland.

The festival presented 165 films in total in its 17th annual edition; more filmmakers than ever before attended the event.

“Films showcased at our festival this year reflected diverse stories from around the world, immense talent from directors, many trained in Winston-Salem, and a host of passionate projects that are jewels of the independent filmmaking community,” said Andrew Rodgers, RiverRun Executive Director.

RiverRun’s programme this year included a spotlight on Black American Cinema from 1971-1991. Robert Townsend was in town to give a talk and present his classic 1987 Hollywood Shuffle. Charles Burnett also attended to present his 1979 Killer Of Sheep.

The Masters Award was presented to Stanley Nelson, who screened his powerful new film The Black Panthers: Vanguard of the Revolution.

Heidi Ewing and Rachel Grady, the directing-producing team behind films such as Jesus Camp, Freakonomics and Detropia, were in town to give a masterclass and receive the emerging master award.

At the Pitch Fest for local students, Kathryn Jeffords & Kayla Hammer of Elon University won first prize (with a cash award) for their pitch for Bout Queens, about two roller derby athletes.

As usual, the festival had a mix of festival highlights from around the globe as well as works with special local significance – local hero David Gordon Green, who graduated from the North Carolina School of the Arts, returned to the school on closing night for a sold-out screening of his latest film Manglehorn starring Al Pacino. UNCSA fellow alumnus Summer Shelton was on hand to present Jim Strouse’s Sundance charmer People Places Things, which she executive produced.

And one impressive low-budget feature, Homeless, was made by local filmmakers and shot on the very streets of downtown Winston-Salem where the festival is held. The film was made for just $12,000 and was impressively impactful despite the technical limitations of a budget like that. The storytelling was much more subtle than you’d expect from a first feature shot partially in a local shelter.

Director Clay Riley Hassler met a homeless teenage boy at his church whose true-life story inspired the partly fictionalised story (which he co-wrote with Anna Fields) of a teenage boy staying in homeless shelter who tries, sometimes in vain, to better his life. “It’s about the cyclical nature of homelessness,” said Hassler at the film’s Q&A.

The local Samaritans Ministries shelter let the production shoot there with its residents, which give the film a dose of realism; cast and crew even ate at the soup kitchen during shooting days.

Newcomer Michael McDowell, just 15 when the film was shot, gives a remarkably sensitive and compelling performance. Hassler called his performance “fearless.” McDowell himself said, “it brought a bigger awareness to me of how many people are suffering and are trapped in this world everyday…everyone’s attitude needs to change to a general awareness of a person beside you.

Homeless has already screened at Florida, Sarasota, and Nashville film festivals and deserves to be seen more widely on the festival circuit. Director Hassler and producer Tif Hassler are already working on a new script and they have also been working on a documentary feature (to launch in 2106) shot with inner-city single parents in St Louis that also looks at the protests in nearby Ferguson.

Audience Award Best of Fest: The Black Panthers: Vanguard of the Revolution, directed by Stanley Nelson

Shorts Competition (the festival is now has Oscar qualifying status)

Runner Up: Looking for Trouble, directed by Bryan Campbell and Caroline Cuny of Wake Forest University