Other winners included Chinese crime drama 12 Citizens and an Indian adaptation of Hamlet. 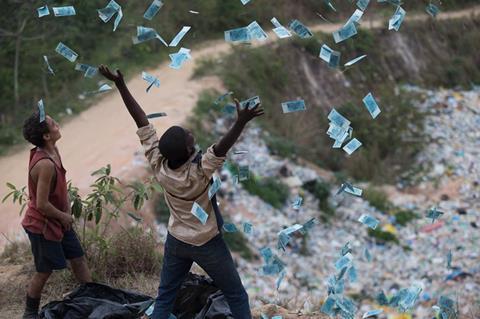 Set in Brazil, the film centres on three youngsters who make a discovery in a trash dump that puts them on the run from the police. Rooney Mara and Martin Sheen star in the film from Oscar-nominated Daldry (Billy Elliot, The Hours).

This year for the first time the award-winners in each section of the programme were decided by the audience on the basis of votes cast after the screenings.

The People’s Choice Award in the Cinema d’Oggi section went to Chinese film 12 Citizens, the debut of renowned theatre director Xu Ang and inspired by the 1957 classic Twelve Angry Men.

The film, the first from China to win a top prize at Rome, centres on a young man adopted by a rich family who murders his real father. Then, in a virtual court case, a jury of 12 ordinary people discuss his guilt.

The film, in which a young man returns to Kashmir to confront his uncle following his father’s disappearance, is Bhardwaj’s third Shakespearian adaptation after Omkara (2006) based on Othello and Irrfan Khan-starrer Maqbool (2003) based on Macbeth.

The People’s Choice Awards in the Cinema Italia section went to fiction feature Fino a qui tutto bene by Roan Johnson and documentary Looking for Kadija by Francesco G. Raganato.

All the debut features included in all the sections also competed for the TAODUE Camera D’oro Prize for Best Debut Film, judged by a jury that was presided over by Rio-based US director Jonathan Nossiter.

In the gala section, the award went to Andrea Di Stefano, director of Escobar: Paradise Lost, while from the Alice nella città strand the prize went to Laura Hastings-Smith, producer of Morgan Matthews’ X+Y.