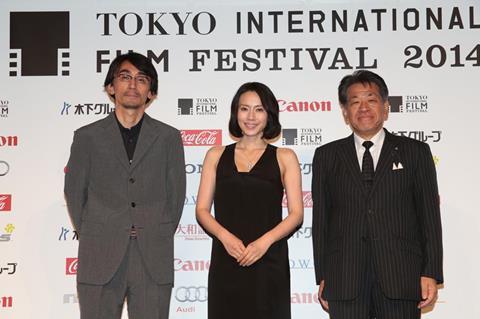 Scroll down for Competition line-up

The 27th Tokyo International Film Festival (TIFF) (Oct 23-31) has announced the rest of its line-up with a Competition selection that includes world premieres such as Romain Goupil’s French film The Days Come and Li Ruijun’s Chinese film River Road.

TIFF Programming director Yoshi Yatabe explained the selection was made on three criteria: “an unswerving focus on depicting humanity”, “diversity” and “auteurism”.

He said, “To sum up a common trait of the highly diverse lineup of 15 films on view: they could all be called portrayals of ‘people with their backs to the wall.’ Nobody can remain unmoved by the tides of a society in constant flux.”

The fest’s Asian Future competition for up-and-coming Asian directors with first or second feature films has nine world premieres and one international premiere.

TIFF is launching the Samurai Award with Takeshi Kitano and Tim Burton to be the first recipients. They are both expected to be on hand to receive the award in Tokyo.

The fest will also host public events in the Roppongi Hills Arena such as the ‘World Cosplay Summit in TIFF’, concerts and Tokyo Cinema Cuisine food trucks.