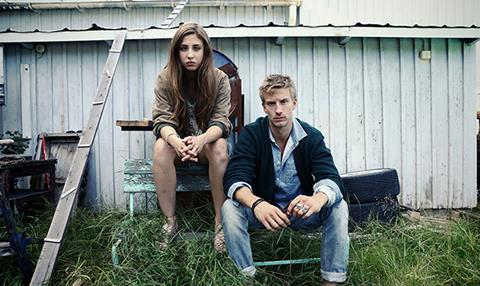 Sweden’s Way Out West Festival (Aug 13-15) will include the world premiere of Jonas Akerlund’s Roxette Diaries, about one of Sweden’s most popular bands.

“They are one of the biggest bands to come out of Sweden, and this film shows them in a new light. It was filmed during their tours from 1988 to 1995, and of course with Jonas Akerlund directing, it has a real art feel to it, he’s very brave with this material,” Svante Tidholm, Way Out West’s Head of Film Programming told Screen.

Another world premiere at the Gothenburg-based film and music festival will be Taikon, a documentary about civil rights activist and author Katarina Taikon. “She was one of the pioneers of human rights for the Romany community. It’s an amazing story and she’s an amazing character,” Tidholm added.

Other selections include Asif Kapadia’s Amy, Brett Morgen’s Cobain: Montage of Heck, Wes Orshoski’s The Damned: Don’t You Wish That We Were Dead, and Andrew Horn’s We Are Twisted Fucking Sister!. The festival also hosts the Nordic premiere of Bill Pohlad’s Brian Wilson story Love & Mercy.

“There are so many good music docs this year, Amy and Cobain were at the top of my dream list,” Tidholm said.

Film selections are of course led by music-related projects but the festival also presents socially relevant and political films — the festival itself aims for sustainability and is meat-free and dairy-free. This year’s more socially themed selections include Kim Longinotto’s Dreamcatcher and Jerry Rothwell’s How To Change The World. “The festival is working with Sweden’s largest environmental organisation [Naturskyddsforeningen], so before every film we also show a trailer for their campaigns,” Tidholm added. “We need to do what we can to raise awareness on these issues.”

The line-up also includes the Swedish premieres of Larry Clark’s The Smell of Us, Carol Morley’s The Falling, and Alex Garland’s Ex Machina.

It makes the fifth year of film programming at Way Out West (which is in its ninth year). The festival welcomes more than 30,000 visitors annually. “It’s our fifth year for film, so it was an important year to get a really good lineup. We’re continuing to get the industry to see the festival’s importance,” Tidholm said.

There are also film-related panels during the industry focused Way Out West Conference. Topics will include festivals relationships with destinations; brands work with music; TV music supervising; and trends in music documentaries. “Last year was the first year of industry panels, it was born because we have so many great people at the festival, so we thought let’s get the together to explore their fantastic ideas,” says Tidholm.

Films are screened on the festival site as well as at five cinemas around the town.

Love & Mercy by Bill Pohlad (US)

Nasty Baby by Sebastián Silva (US)

The Falling by Carol Morley (UK)

The Smell Of Us by Larry Clark (US)

Can we do it ourselves? by Patrik Witkowsky (Sweden)

Cobain: Montage Of Heck by Brett Morgen (US)

The Damned: Don’t You Wish That We Were Dead by Wes Orshoski (US)

Heaven Adores You by Nickolas Rossi (US)

How To Change The World by Jerry Rothwell (US)

Salad Days by Scott Crawford (US)

We Are Twisted Fucking Sister! by Andrew Horn (US/Germany)

09:55-11:05, INGRID EKMAN BERGSGATAN 4B by Sophie Vukovic and Cristine Berglund