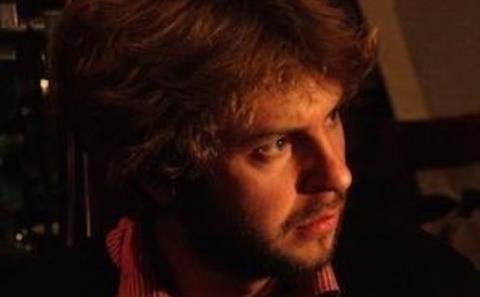 This year’s East of the West competition at Karlovy Vary will open with Polish and Czech co-production Journey to Rome (Cesta do Říma).

The film is a sharply observed and beautifully surreal road movie about art gallery attendant Vašek who finds himself en route to Rome with a stolen painting. On his train journey Vašek encounters a number of strange people as he ponders religion, morality and the importance of stick on moustaches.

Journey To Rome is the debut feature of Tomasz Mielnik who hails from Poland and it represents the completion of his directing course at the legendary FAMU film school in the Czech Republic. Screen International asked him about his influences and how it feels to be at Karlovy Vary.

Can you tell me a little about the genesis of Journey Into Rome. What was the impetus and the idea behind it?

I wanted to expose different aspects of the life in the movie – tragedy, comedy, spirituality, erotica; and to connect traditions and the contemporary world. I wanted to build up a story on comical contrasts, conflicts and games. By ‘games’ I mean the simple fact of attaching the important problems of our existence and being to the trivial story of a man, who steals a painting from a museum and smuggles it on a train to Rome. Jung claimed that our life could be divided into two stages. The first one is connected to the evolution of the ego and adaptation to reality.

The second one is related to the self and how it influences the evolution of the personality and spiritual growth. I am a big admirer of Homer and maybe that’s why I see those two stages of the life described by Jung in his work. If we compare the first stage to The Iliad (and we can perceive it as a symbol of the fight for the basic existential needs of a human being and for their place in society), the second one leads to The Odyssey. The Journey of Odysseus and his return home symbolize the spiritual journey for me. Maybe Journey to Rome is the first manifestation of my own spiritual journey.

The film seems to have a myriad of references and homages. Just what inspired the films – very 70s – aesthetic and which filmmakers (and other artists) have served as an inspiration to you?

It is true - I found many inspirations mainly in French movies (such as the work of Jean-Pierre Melville) or Italian ones (such as Pasolini). But I always seek inspiration in fine arts. I was very influenced by Czech medieval art, which you can find in the Convent of St Agnes of Bohemia in Prague; by the style that represents - for instance -the Master of Třeboň Altarpiece. This style combines elegance, simplicity, imagination and lyricism. This examples of the Late gothic art includes profound mysticism but also prefigures the new era of the Renaissance with its mathematical realistic simplicity and humanism. You can also notice a very special kind of Dadaist and delicate sense of humour in these works.  I hope those artistic inspirations are recognisable in the movie.

And what did you do to achieve this unique aesthetic?

We shot the movie on 35mm, mostly in central compositions. The softness of light and organic (or even painters quality) of the film stock helped us achieve the specific visual style. This specific visual character of the movie was also influenced by the old film tricks that we discovered in the movies by Georges Méliès or Karel Zeman. We created all these tricks directly on set according to these old techniques, without any digital technology.

The film is very funny but it’s also a very moving treatise on the search for the meaning of life. Did you ever struggle to try and keep all the elements balanced?

I keep saying that the sense of humour lies in the tension between Don Quixote and Sancho Panza. In European culture we’ve always had big themes such as love, faith and heroism on one side, and scepticism and pragmatism on the other. These dialectics has been a source of many great comedies, such as Bunuel’s ones. But - after Bunuel’s era - pragmatism overshadowed these big themes. That’s why you can hardly find very good comedies today. When Don Quixote disappears, the laugh of Sancho Panza starts to sound empty. In my movie I am trying to keep the balanced tension between irony and religion.

Can you tell us a little more about the soundtrack? It’s a lovely collection of weird, 70s electronica and beyond and I’d really like to know how you put it all together.

There are so many different musical inspirations, but the main one comes from the French experimentalist and pioneer of electronic music – Jean-Jacques Perrey.  The first electronic music includes the joy of technological innovation and the composer’s accuracy, which was based on music tradition. Those first attempts had an unusual Dadaist energy. Perrey’s combination of tradition and electronic music created this almost alchemical result that fits in the movie. I also have to mention the inspiration which comes from the album “Stabat Mater: A Moog Mass” by moog duo Caldera. These influences have enabled us to choose the music we used for the film. Some of the songs were originally composed for the film by young composer Martin Klusak. We also cooperate with the electro band Midi Lidi.

What other projects do you have planned for the future?

Currently I am thinking about two projects. The first one is an erotic-existential musical “Casanova” which is, of course, inspired by famous womanizer from Venice. The second one is a medieval story about the journey from the sin to holiness based on the novel “Holy sinner” by Thomas Mann.