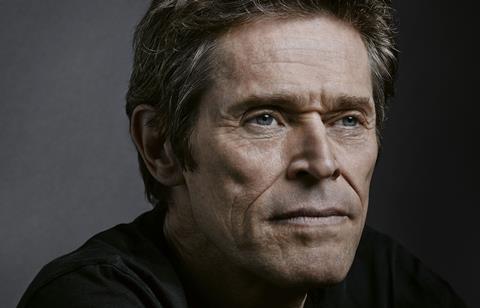 US actor Willem Dafoe and writer-director Charlie Kaufman are to be honoured at the 51st Karlovy Vary International Film Festival (KVIFF) (July 1-9) on its opening night .

Dafoe is to receive the Crystal Globe for outstanding contribution to world cinema and the festival will screen his performances in Abel Ferrara’s Pasolini and Martin Scorese’s The Last Temptation of Christ.

Kaufman, who won an Oscar for his script for Eternal Sunshine of the Spotless Mind, will receive the president’s award and the festival will screen animation Anomalisa, which he co-directed with Duke Johnson.

Other guests expected at the festival include actresses Adriana Ugarte and Emma Suárez, who will attend the screening of Pedro Almodóvar’s Julieta, in which they both play the film’s title role.

In addition, Germanactor Ulrich Tukur will present Sven Taddicken’s Original Bliss (Gleißendes Glück), which is also being shown in competition at the festival.

KVIFF will also welcome back Ted Hope, head of motion picture production at Amazon Studios. Hope, previously a jury member at Karlovy Vary and exec producer of competition film The Collaborator in 2011, will offer his vision for film in the years to come at an industry event at the festival.

The festival will also host a Frank Daniel Day, marking 20 years since the death of the Czech filmmaker František (Frank) Daniel, who produced Oscar-winning The Shop on Main Street (1965).

KVIFF will hold an art workshop where Daniel’s teaching methods will be presented by analysing the film Some Like It Hot. It will also screen Letos v září (1963), which he co-wrote and directed while still in Czechoslovakia,preceded by an introductory talk. Guests include Daniel’s long-time friend, the director Ivan Passer, his sons Martin (who is also a film teacher) and Michal (a photographer), and Ted Braun.