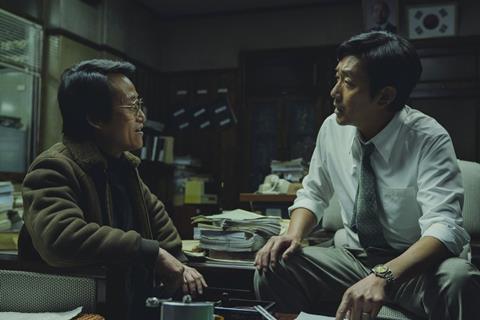 Ueda Shinichiro’s Japanese zombie movie One Cut Of The Dead, which made its world premiere in Udine, came in second for the audience award.

Ryoo Seung-wan’s Korean historical drama The Battleship Island: Director’s Cut followed. He said at his screening that the production on the controversial Japanese-occupation era film had been an arduous one from which he is still recovering.

“When filmmakers need to be healed, we don’t go to the hospital, we come to film festivals like Udine to meet with audiences,” said the director who counts Udine as one of his favorites.

In a strong year for Korean films at the fest, the inaugural White Mulberry award for first and second-time directors went to Shin Dong-seok’s feature debut Last Child. The drama won the FIPRESCI prize in Busan where it world premiered last year and screened in this year’s Berlinale Forum.

Running on a $969,000 (EUR800,000) budget, FEFF is renowned for its Northern Italian hospitality that encourages mixing amongst its guests and enthusiastic audiences who have grown over the years into savvy consumers of the kind of mainstream Asian cinema the festival champions.

“Where else in Europe can you get a festival that is entirely focused on East Asian films with its finger on the pulse of popular, commercial cinema? It reminds you of the stories that travel. It reminds of you why you make films,” said Bernard Chauly, a UK-based Malaysian filmmaker who had a project in Ties That Bind 2013, but this year came just to watch films and help celebrate the fest’s 20th anniversary.

In addition, the fest reports 1,555 journalists, academics and representatives from other festivals around the world participated in the event.