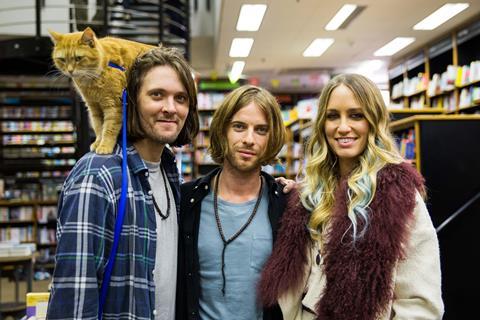 Starring Luke Treadaway (Unbroken, Clash of the Titans), A Street Cat Named Bob tells the true story of the unlikely friendship between a young homeless busker and a stray ginger cat named Bob who changed his life.

Treadaway previously won an Olivier Award for Best Actor for his performance in the National Theatre’s production of The Curious Incident of the Dog in the Night-Time.

The film is produced by Adam Rolston for Shooting Script Films, marking the company’s debut release.

Spottiswoode said: “It’s been terrific to film in London again.  We had a marvelous crew and have been able to use all the locations James Bowen writes about in his book.  James and Bob came to help during production.

“Bob was not only stellar when playing himself but assisted his fellow thespians in every way possible.  The film will be completed at Molinare.”

Sony Pictures Releasing International (UK) will release A Street Cat Named Bob in the UK in 2016.

World sales agent is The Exchange.