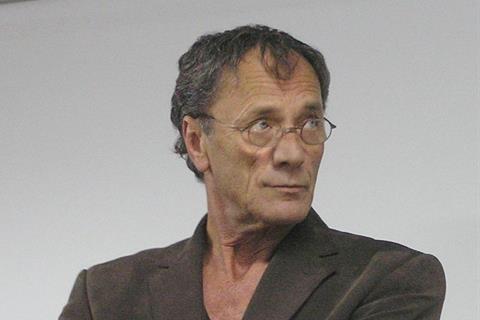 Palestinian actor Mohammad Bakri has pulled out of Egypt’s El Gouna Film Festival (Oct 14-22) in protest at the detention and deportation at Cairo airport over the weekend of a young Palestinian filmmaker who had been invited to the Egyptian Red Sea event to pitch an upcoming feature.

The celebrated actor, producer and director was to have received a career achievement award and given a masterclass at El Gouna on Wednesday (October 20).

UK-based Palestinian director Said Zagha was invited to El Gouna to present his upcoming film Weedestine at the festival’s CineGouna Springboard platform but on his arrival at Cairo airport on Saturday (October 16), he was detained in squalid conditions and then deported back to London some 12 hours later.

It is not the first time Palestinian cinema professionals have been treated in this way when trying to enter Egypt to attend a festival or for work.

In 2018, Ali Suliman, another of Palestine’s best-known actors, was also turned back at the airport while en route to be a member of the jury at El Gouna.

Bakri is one of Palestine’s best-known actors at home and internationally. He made his big-screen debut on Costa Gavras’s Hanna K. and also starred in Taviani brothers’ The Lark Farm, TV series Homeland, and also regularly appears in Palestinian films such as Annemarie Jacir’s Wajib,

He is also a director in his own right with his best-known works including the 2003 documentary Jenin, Jenin about the violent 2002 Israeli incursion into the camp in the Palestinian West Bank.

Screen has reached out to the El Gouna Film Festival for comment.