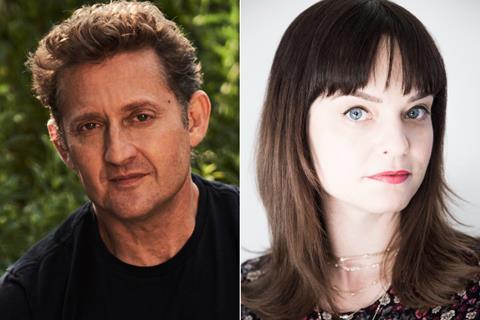 Bill & Ted star and director Alex Winter and Hail Satan? filmmaker Penny Lane are among those set to join the 2021 Docs Ireland film festival, which will run online from June 16-19.

Winter, who has produced, written and directed documentaries including Deep Web, Showbiz Kids and Zappa, will be interviewed for the virtual, industry event. The actor-turned-filmmaker is currently working on documentary Mass Effect: The Story Of YouTube.

Lane, whose 2019 documentary Hail Satan? premiered in competition at Sundance, will also be interviewed for the documentary festival - an offshoot to the Belfast Film Festival, which is now in its third year.

The virtual event will include a focus on archive material, with a masterclass from Canadian visual researcher Elizabeth Klinck.

In a separate focus on the audio documentary genre, filmmaker Rachel Hooper will host commissioners and suppliers from broadcasters the BBC and RTÉ as well as Audible during a live Meet the Audio Commissioners session.

The Docs Ireland – Northern Ireland Screen Documentary development pitch will return for a third year, with six feature documentary project pitches from Irish filmmakers in competition for £7,500 towards the development of their feature non-fiction film.

The second edition of the Docs Ireland Marketplace will run online concurrently with the festival, with decision makers from National Geographic, Dogwoof, BBC Docs and Screen Ireland among those attending.

The festival is planning to host a series of in-person screenings in August, should the easing of Covid-19 restrictions allow. The festival first moved online last year as a result of the pandemic.